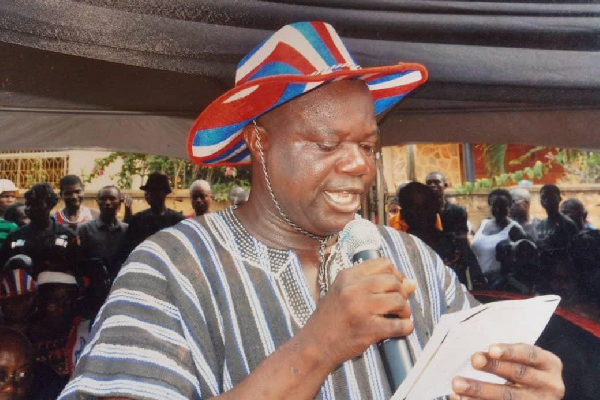 He said every individual has a political party of preference "but the need to collectively focus on our community's growth and progress must not be compromised by politics."

Mr Nyahe made the appeal at a community engagement at Atidzive in the Akatsi South Municipality of the Volta Region aimed at interacting with the community members on issues of development.

It also serves as a platform to educate community members on local governance, security and others.

Mr Nyahe said a good leader must welcome the ideas of every citizen geared towards development and unity regardless of their political background.

He encouraged residents of Atidzive to put aside the various political persuasions for development.

He also appealed to the traditional authorities to deal with issues of conflict, misunderstanding, land litigation and others, which must be addressed within their authority to forestall any challenges.

Mr Nyahe appealed to the youth to respect their elders and work together with them.

He pledged to solve some challenges facing the community in partnership with the Member of Parliament for the area.

Togbui Begla Atidzehlor V, the Chief of Atidzive, emphasised the need for unity in the area.

He called on residents to remain committed to the development of the area.

Togbui Atidzehlor warned he would report to the authorities acts of indiscipline and criminal offences by members of the community.

Mr Mawuli Tekpor, the Atidzive Town Development Committee Chairman, expressed concern about some unacceptable behaviours, such as the use of illegal drugs by some youth in the area and called for pragmatic efforts to address the canker.

Superintendent Isaac Baah, the Akatsi South Municipal Police Commander, asked participants to partner with the police to fight criminal acts in the area.

He said the police were poised to eliminate miscreants in the area.

Hundreds of community members including the youth attended the event.