We want to win our two games - Daniel Amartey 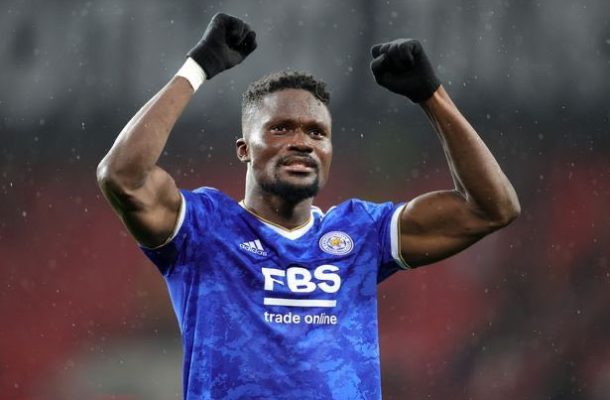 Leicester City defender Daniel Amartey says that his  side are primed for a top half finish despite a lackluster season in the English Premier League.

The Ghanaian center back says that they can beat any team at the King Power Stadium and they are keen to win all their remaining two matches.

The experienced centre-back insists they can make their home ground a fortress again since it is a special place to play football.

"King Power Stadium is our home, we want it to be our fortress," Amartey said as quoted by the club's official website.

"It’s a nice stadium to play at and we always know the fans are with us. We can beat any team at home for these reasons. It is a special place.

"We are close to the end of the season now, so we only have two more home games to go.

"We want to get two wins so the fans can be happy ahead of the summer."

"Every game in the Premier League is a difficult game," the 27-year-old Amartey continued.

Amartey has played 25 matches for the Foxes this season in the  English Premier League.