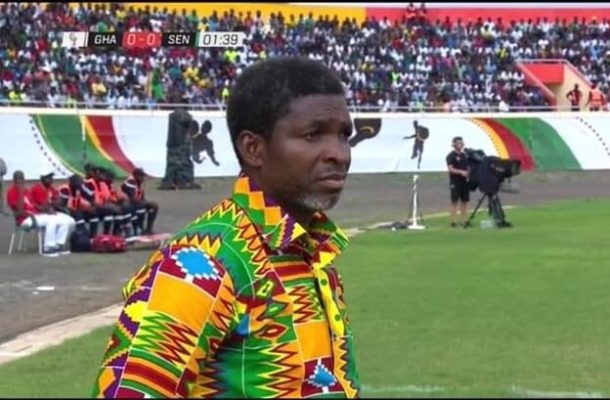 Maxwell Konadu, head coach of Ghana's Black Stars B has stated that his side were not good enough to beat their Senegalese counterpart during Sunday's WAFU cup final.

Host nation Senegal beat Ghana 3-1 on penalty shootout to life the coveted WAFU cup trophy after a 1-1 stalemate after extra time in Dakar.

And speaking to the media after the game, Ghana coach Maxwell Konadu who led his country to win the previous edition on home soil praised the effort of his team.

"The match wasn't a bad , it was a tough and very tactical match which was very good. the level was very high we knew the Senegalese have a young and Talented team", He said.

"we also have good squad and we knew the match was going to be difficult.

"Initially we set back to soak the pressure and try to play counter attack but it couldn't work.

"Black Stars B effort is not good enough to win the game", he added.

The former Asante Kotoko and Wa Allstars coach also spent some time to eloborate on the his side's tactical approach to the game.

"Tactically, the black Stars B did everything right. we were able to neutralize our opponent offensive players that help my team a lot.

"In the second half of the game we didn't want to change a lot of things but I think they brought in fresh leg inside but we kept our shape before we conceded but we were about to reply them after we conceed the goal that change the face of the game.

"So tactically we also needed to bring in fresh leg to try and score in the stipulated time because we didn't want the game to go for a penalty but it didn't work for black Stars B", Konadu concluded.