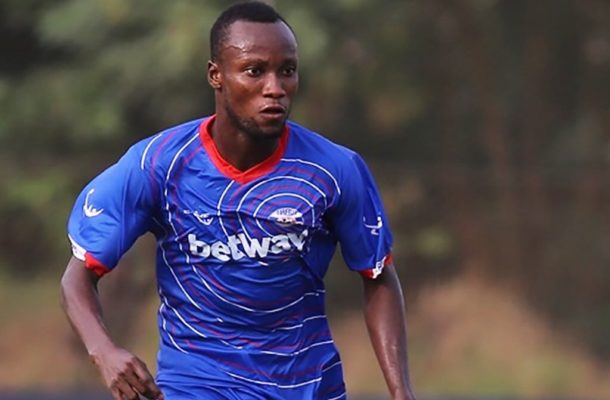 Liberty Professionals midfielder George Amoako is confident his side will beat Regional rivals Hearts of Oak this Sunday.

The Scientific Soccer Lads will host the Phobians on Match day five of the Ghana premier league at the Carl Reindorf Park as they seek to continue their unbeaten start to the campaign.

And speaking to the club's media on Friday, midfielder George Amoako says the Dansoman based side will record a first home win of the season.

"Preparation is good and we are working very hard. We were ble to beat Dwarfs away in midweek and against Hearts on Sunday, it's going to be spectacular", the youngest added.

Amoako was rested by Liberty for the midweek tie with Ebusua Dwarfs but he believes he will be back on the pitch for the Phobian clash.

"I was rested for the game against Dwarfs. I hope that I will return to the team on Sunday and so Hearst of Oak fans should expect more from me", he said.

On the prospects of playing against his former team mate Ansah Botchway, Amoako said, "Ansah is a very good player. With the ball he is good but without the ball is not. So we are going to mark him out to make sure he doesn't play".