We’ll be crazy to tolerate your lamentations after 6 years in power – Randy Abbey slams Akufo-Addo, NPP 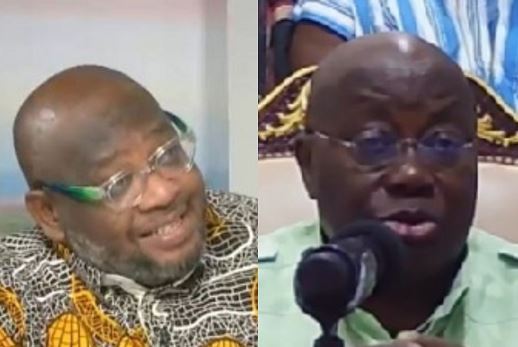 Host of Good Morning Ghana on Metro TV, Dr. Randy Abbey, put the ruling New Patriotic Party under fire during the panel discussion on the Wednesday, August 10, 2022 edition of his programme.

Randy Abbey who was engaging the former NPP Parliamentary Candidate for Fanteakwa, Eric Twum, noted that the ruling party, despite being in power for 6 years, finds it easy to lament instead of fixing the challenges facing the country and fulfilling the many campaign promises they made in opposition.

“A mandate is given to a group headed by a person on the basis of what they believe is the right direction to take the country. Six years on those people cannot be allowed to open the Book of Lamentation. I mean we will all be crazy people if we tolerate that thing,” he fumed.

He added that the NPP has over the period kept engaging in rhetoric while emphasising that the ruling party must not be allowed to get away with such.

“If I were to take the manifesto from 2008, 2012, 2016 and 2020, all the things you are saying here will be contained in there. Who made the phrase 'Guggisberg Economy' popular in Ghana and the fact that, that is what we needed to change to put us on the right trajectory? Six years on you cannot be allowed to open the book of lamentation,” he said.

On his part Eric Twum said the party has been doing well in terms of keeping their campaign promises by citing an example in the area of industrialisation.

“But I have told you that when you also want to go into that same manifesto that was the grand policy orientation that we brought into government and you take let’s say industrialisation for example, in the last six years or so you can go out there and find new industries that have been set up,” he said.

There is pressure mounting on the current government amidst the rising cost of living and a raging economic crisis.

However the government maintains that it has done well in managing the economy of Ghana over the period. The COVID-19 pandemic and the invasion of Russia by Ukraine have been cited by the government as external factors which have negatively impacted its policies and the economic outlook.