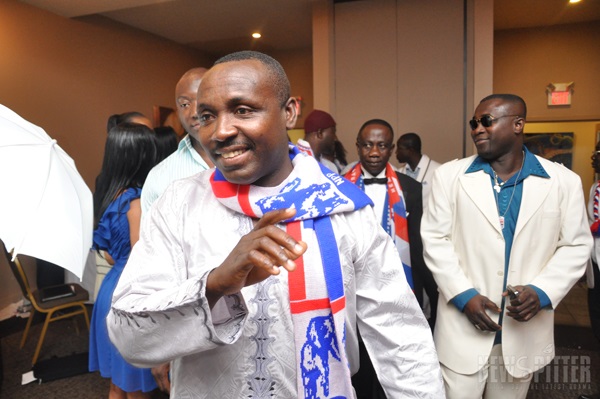 The opposition New Patriotic Party(NPP), has vowed to make political capital out of the Presidential pardon granted the Montie 3, who were Monday handed a remission of sentence by President John Dramani Mahama effective Friday, August 26, 2016.

The largest opposition said it will set an agenda on Mahama’s controversial intervention made in the instance of the three who were incarcerated by the Supreme court last month for contempt.

Speaking on Anopa Kasapa on Kasapa 102.5 FM, the Acting General Secretary of the NPP, John Boadu said he was appalled to see President Mahama working in concert with his party to free the three from prison.

“We’ll major on this issue in our campaign against the NDC to get them out of government. We’ll let the people know that if we maintain the President you’ll not be safe,” he stressed.

He claims Mahama’s action feeds into the perception that he’s only a President for the NDC, hence such a leader cannot be given another chance to rule the nation.

It is believed that the President acted under mounting pressure by the NDC, but the General Secretary of the governing party-NDC, Mr. Asiedu Nketiah has said such debates are misplaced because the President acted purely on the basis of compassion granted him under Article 72 of the 1992 Constitution.

The President Monday granted remission to the three who were sentenced to a four-month jail term by the Supreme Court for contempt.

A statement signed by Communications Minister Dr Edward Omane Boamah said: “The President of the Republic of Ghana, His Excellency John Dramani Mahama, has, in consultation with the Council of State and in exercise of his constitutional powers under Article 72 of the Constitution, remitted the remainder of the prison sentence imposed on three persons: Salifu Maase (alias Mugabe), Alistair Nelson and Ako Gunn, who were sentenced to four months’ imprisonment and a fine of GHS10,000.00 each for contempt of court. The remission is effective 26th August, 2016.