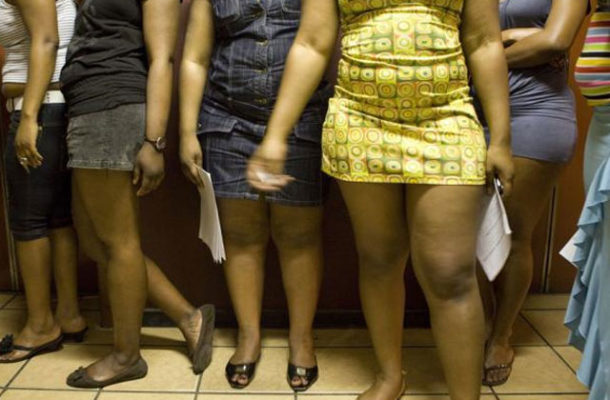 Some commercial sex workers in Port Harcourt, Nigeria have vowed to protect themselves with pepper spray to ward off attackers.

Their statement comes in the spate of  as serial killing of their members in hotels in the state.

The commercial sex workers explained that since they are not ready to leave their trade, they were also not prepared to be victims of serial killers, who had been on the prowl in the state since July this year.

Last week, police arrested the prime suspect behind the serial killing of young women in some hotels in the state, Gracious David West, who confessed to the crime.

Asked why the news of serial killers on the prowl had not stopped them from the trade, one of them, who gave her name simply as Stacy, told Southern City News

that she and some of her colleagues had decided to get pepper spray to attack any man that would come after their lives in hotel rooms.

“I have been in this trade for a long time and when we began to hear about the killings of girls in hotels, some of us agreed to be moving with pepper spray. We will apply the pepper spray on them if they come to kill us,” she said.

Another commercial sex worker, who gave her name simply as Sabina, said she was not moved by the news of the serial killers, adding that she had plans to begin to mix pepper with water and put in a small bottle.  “With the small bottle, I can target the eyes of the bad man. I cannot allow anybody to use me for rituals. With pepper in his eyes, I will shout and people will come to see what is happening,” Sabina stated.

But another sex worker, who gave her name as Miracle, told Southern City News that she had decided not to follow any man, who offers to pay more than the normal, adding that men, who were into ritual killings, always promise to pay higher for a night.

However, another call girl, who said she returned from Ghana last year, said though she had never gone to hotels with her patrons, the news about the killings of young women in hotel rooms had reinforced her belief that it was senseless following a man to his hotel room for sex till the following morning.

On how she manages to make money without following men to hotels, the young woman, who refused to identify herself, said she usually takes any willing man to the place (pointing at a place by her side around Casablanca), where they would have sex between 30 minutes and one hour.  “I don’t follow men to hotels. Again, with this news about the killings of women in hotels, I will never follow any man to a hotel, no matter the amount he is willing to pay,” she stressed.