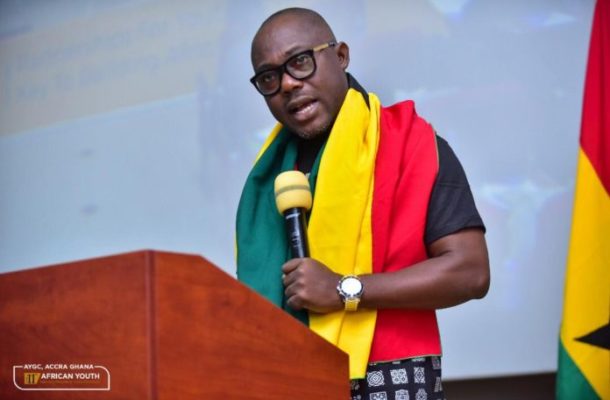 The University Teachers Association of Ghana, (UTAG), says its nationwide strike will continue unabated despite a lawsuit brought against it by the National Labour Commission (NLC).

The NLC is seeking an interlocutory injunction from the High Court in Accra to compel the lecturers to return to work. The case is expected to be heard on Thursday, February 3, 2022.

The lecturers, who are demanding better conditions of service, say the National Labour Commission has failed to resolve the stalemate. They maintain that they would not be pressured into calling off the industrial action without an appropriate solution from the government.

Speaking on Eyewitness News, General Secretary of the University Of Ghana Chapter Of UTAG, Prof. Ransford Gyampo noted that, the association remains unshaken by the legal processes.

“The suit doesn’t bother anyone. We knew that was what the NLC was going to do, and we were prepared. They even delayed, and it took them a long time to go to court. The court is presided over by competent judges who will be able to look at the merit of the case. It should be put out there that the earlier case via ex-parte to restrain us from continuing with the strike was not granted by the court. So we are going there on Thursday in person to explain why our strike should continue. That is what we are bent on doing, so we will meet the NLC in court.”

There have been calls for the lecturers to call off their strike, which is currently in its fourth week, but they insist they will only return to the lecture hall when their demands are met. However, the National Labour Commission (NLC) says it is confident it will win the legal battle against the striking lecturers.

Already, UTAG has stated that it is ready to launch strong legal arguments to continue with its industrial action in its quest for better conditions of service. Speaking to Citi News, the Executive Secretary of the National Labour Commission, Ofosu Asamoah said the lectures do not have a strong case.

“We have till Thursday to go to Court. So we will just wait to make our case. The Court will decide the next move. If indeed UTAG has a point as they insist, the Court will decide that. What matters is that whatever happens is in the best interest of Ghanaians.” “We are very confident of winning this case. UTAG is well aware of this.” Meanwhile, the Minister of Education, Dr Yaw Osei Adutwum, has said his outfit is engaging the University Teachers Association of Ghana, UTAG,

“Unfortunately, university lecturers are on strike, but we’ll continue to engage them as to how best we can get them back,” he said at a press conference on Sunday, January 30, 2022.