We’ll give TOR oil if they can pay- GNPC CEO 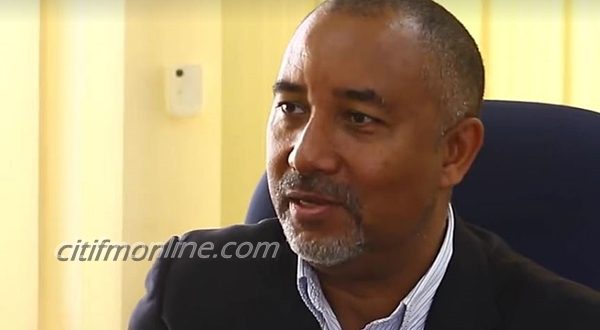 The Chief Executive Officer of the Ghana National Petroleum Corporation (GNPC) Alex Mould has stated that the corporation is ready to offload crude oil to the Tema Oil Refinery (TOR) if it has the financial guarantee.

According to him, Ghana’s Petroleum laws will not allow the sale of the product without reliable financial guarantee to pay for the oil.

“The refinery has been neglected for some time. It requires financial instrument as a guarantee before we can give them oil. The law is firm on that; I think we must give them some time. They are still working on the refinery,” he said.

Mr. Mould stressed that the practice is a global procedure aimed at enhancing transparency and accountability in the petroleum industry.

“You are aware that GNPC has partners in the industry. The corporation does not undertake transactions unilaterally. So once the refinery is in a position to buy and pay, we will offload the product to them,” he said.

Mr. Mould who spoke at the sidelines of a press soiree organized by Tullow Oil Ghana Limited on the commencement of oil production at the Tweneboa Enyenra Ntomme (TEN) field maintained that TOR has the capacity in the near future to build its balance sheet to procure large quantity of crude.

“I think we must give the refinery some time. Like I said it has been neglected for a long time and it is now showing some positive signs. I believe it will very soon build the capacity to acquire large volume of crude,” he stressed.

Recent reports pointed out that TOR had begun showing signs of profitability after seven years in the doldrums.

The refinery posted a profit of $800,000 from its operations from February 16 to April 20, 2016, a development described by industrial watchers as a sign of the possible revival of the company.

The success story of TOR resonated at a May Day parade in Wa in the Upper West  region this year when a section of TOR workers had travelled to thank President John Dramani Mahama for setting the company back on track to recovery.

In his speech at the May Day event, the President said a close collaboration among labour, management and the government at TOR and the Bulk Oil Storage and Transport (BOST) Company had yielded a positive result.

Supporting the President, the Secretary-General of the Trades Union Congress (TUC), Mr Kofi Asamoah, alluded to the fact that not only had those combined efforts brought back the crippled national asset but also restored national dignity and security.

Under an arrangement, TOR processed one million barrels of crude oil supplied by BOST.

The refinery tumbled to a sorry state in 2009 from huge debts that had suffocated its operations.

However, it secured a deal for TOR to refine crude oil for BOST.

The refinery is expected to make an additional profit of $1.5 million after the second consignment of a million barrels is  processed from May to August 2016.

Under the arrangement, TOR will receive the third and the fourth parcels of a million barrels in May and June 2016