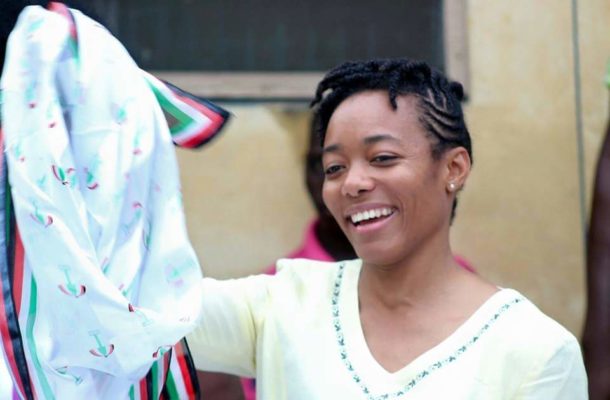 Fear has gripped Member of Parliament (MP) for the Assin Central Constituency, Hon Kennedy Agyapong as he has signaled that; the future does not look too bright for the governing New Patriotic Party (NPP) in the 2020 elections.

According to him, the NPP would not be able maintain power if the opposition National Democratic Congress (NDC) settles on Dr Zanetor Agyeman-Rawlings, as its running mate.

A tall tale of explanations of events circulating in town say former President John Dramani Mahama, after recently being elected flagbearer, will appoint Dr Zanetor to partner him in the quest to win back power after he lost woefully to Nana Akufo-Addo in the 2016 elections.

But a report Ghanaguardian.com has sighted on newsportal - Newsmunews.com says Dr Zanetor Rawlings poses as a threat to the NPP if allowed to run with John Mahama.

According to the newsportal, the firebrand MP, Mr Agyapong has since cautioned the ruling party to back up its game in order not to lose to the NDC because he fears the Rawlingses would support their campaign.

Dr Zanetor is the first daughter of the first president of the fourth republic - Jerry John Rawling and former first lady Nana Konadu Agyemang. Currently she is the MP for Klottey-Korley Constituency in the Greater Accra Region.

CHRIS 1 year ago
This is a bait to lure NDC into a defeat. Remember Atta- Mills lost the election twice because some people felt JJ will use him as a proxy. It was after Uncle Atta demonstrated his independence of JJ that he finally won the election.
Ofori 1 year ago
They should bring him onboard and we are waiting the ndc will loose potoooo I bet you. Ghanaians are not to stupid period
John 1 year ago
NPP can't loose because of zanetor. Nana all the wayyyyyy. You are doing great
Abu Bassam 1 year ago
This is a mind not fact