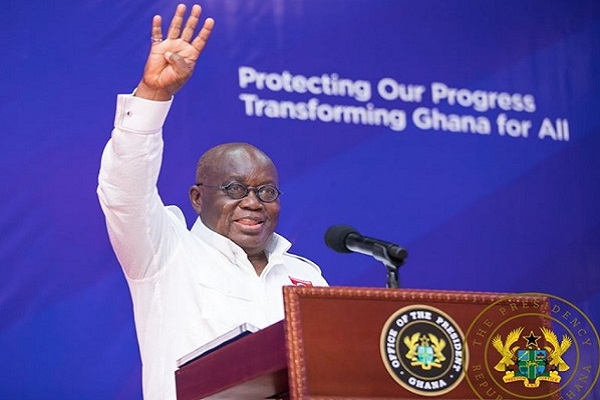 Director of Elections for the governing New Patriotic Party (NPP), Evans Nimako says his party will pay for the filing fees announced by the Electoral Commission ahead of the December 7 polls for all of its aspirants.

According to him, the entire strength of the New Patriotic Party (NPP) is behind President Nana Addo Dankwa Akufo-Addo with the conviction that the majority of Ghanaians who registered to vote in the upcoming general election will give him his second term to continue with the good policies he has commenced.

Speaking on Okay FM’s 'Ade Akye Abia' Morning Show, Evans Nimako indicated that the party is making the preparation that between October 5 and October 9, the party will present the nomination form of the Presidential Candidate with full payment as required by the Electoral Commission.

Commenting on the announcement of the EC, Mr Nimako said that the filing fee of the Commission is non-negotiable; thus, “no one can bargain for the EC to reduce the cost of the filing fees it has announced”.

“The NPP is making the preparation that between October 5 and October 9, we will present the nomination form of our Presidential Candidate, Nana Addo Dankwa Akufo-Addo, and find money to pay the Electoral Commission’s required filing fee,” he assured.

He again mentioned that the New Patriotic Party will sponsor all their 275 Parliamentary candidates.

“In law, if you look at the CI127, it says that we are depositing the money, and in the Parliamentary election if you score 12.5 percent of the valid votes, you will get back your money and in the Presidential, if you get 25 percent of the valid votes, you will get your money back and so this is the arrangement of the party, we know that this is a huge cost but it has happened before. This is a national party and so members will wholeheartedly contribute for us to raise the money to pay for the filing fees for the Presidential and all the 275 Parliamentary candidates,” he indicated.