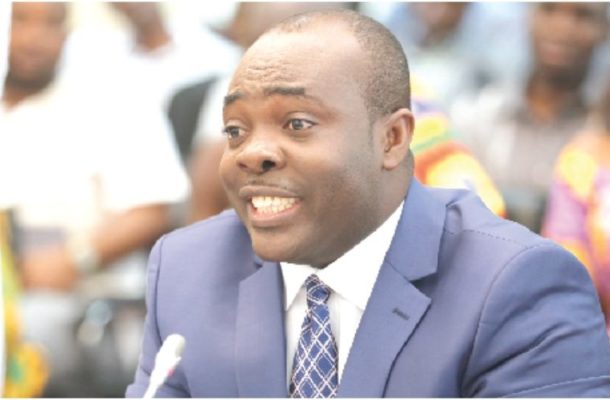 Sports Minister Isaac Asiamah has denied talk that the Akufo-Addo government is not keen on implementing the recommendations of the Dzamefe Commission following the Black Stars’ participation in the World Cup in Brazil in 2014.

The team was saddled with a lot of negatives after reports emerged of infighting amongst the playing body and management over bonuses and the decision by the previous government to airlift monies to pay the team in Brazil.

Some of the recommendations which were put forward by the Justice Senyo Dzamefe Commission were to ensure that funds are never flown to pay the bonuses of players but the wages paid directly into the players’ accounts in Ghana.

Mr Asiamah told Class91.3FM’s Moro Awudu on the sidelines of the 73rd UN General Assembly Meeting in New York that the recommendations are being implemented.

“When the issues came up first, parliament, led by the then-Minority Select Committee on Youth, Sports and Culture led by myself, we asked for a Parliamentary Commission of Enquiry. The then-President (John Mahama) thought otherwise. He called for a Commission of Enquiry. The findings were made public, the report of the commission of enquiry, as by law states, is supposed to be cleared or sanctioned by a presidential white paper which was done.