Were you expecting Medikal and Derby to get married? - Okyeame Kwame quizzes Presenter 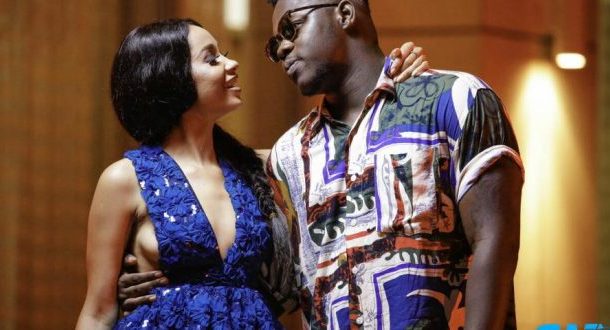 Legendary Ghanaian rapper, Okyeame Kwame has said the failed relationship between former celebrity couple, Medikal and Deborah Vanessa Owusu Bonsu widely known as Sister Derby should not cause disapproval of his new relationship.

According to the Humanitarian, people should allow Medikal and his new love Fella Makafui, have fun for they are young.

Rumours surfaced last week that the Tema-based rapper, Medikal, had fallen out of love with his longtime girlfriend, Deborah Vanessa, known in showbiz as sister Derby after about three years of dating.

Commenting on the issue on 3Music Okyeame Kwame remarked “They’re young people let them have fun…young people should have fun; they should express themselves”

“I mean what were you expecting? That Medikal and Deborah will get married? If it happened like that all of us would go for the wedding, [but] it didn’t happen, let life go on!”he advised

In a new song single titled Kakalika, Sister Derby laughed off the love brewing between Medikal and Fella, claiming the pair were behaving like cockroaches at the time they started seeing each other at her blindside.

Cockroaches or lizards to be hiding your relationship,” was one of the subtle jabs in the song.

Sister Derby said she wasn’t disturbed by their relationship because “Medikal will repeat it with Fela Makafui”.

Parts of her lyrics read: “Don’t lie to me. If you don’t love me respect yourself to tell me. Oh! me I am calm. She [Fela Makafui] didn’t do me any harm because he [Medikal] go take do am,”

The Too Risky hitmaker, however, subtly responded to Sister Derby in his single titled 'Ayekoo', which featured King Promise.

According him, Sister Derby was worrying him with marriage, an area he wasn't ready to venture.

Medikal also praised the physique of his new found love as he likened Fella’s backside to “a plantation”.