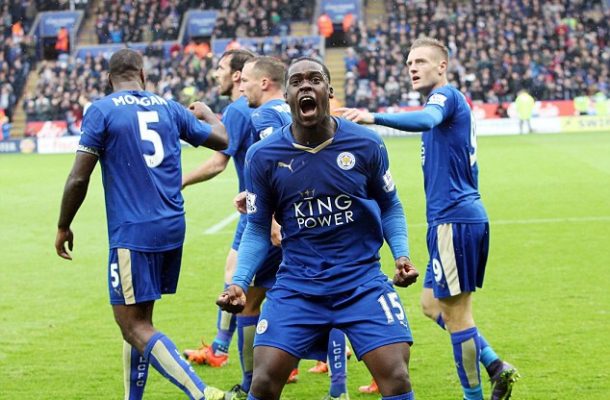 West Brom are in a hot chase to sign Ghanaian and Leceister city left back Jeffery Schlupp, ghanaguardian.com can exclusively revealed.

The Baggies have had two bids rejected by the Ghanaian international but have never given up on the signature of the the left sided versatile defender.

Schlupp was part of the Leicester team that shocked the footballing world, by winning the 2015-16 Premier League.

Schlupp started as the left back during Leicester's flying start to the season, before the Claudio Renieri  "Thinker Man"  later moved him  into a midfield role as the season progressed.

Schlupp scored his first goal of the season in the 2–1 away victory against Norwich City.As a result of his successful season Schlupp was named Leicester's Young Player of the Year for the second year running.