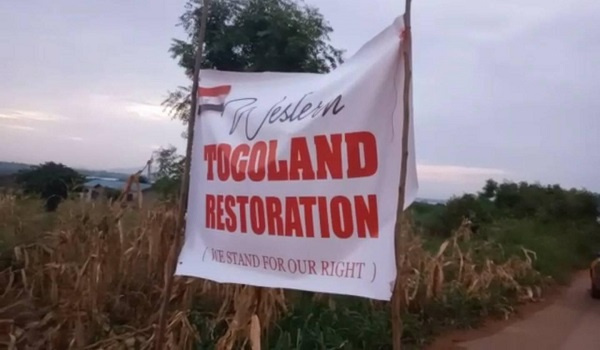 Some members of the Western Togoland Secessionist Group who are on rampage in North Tongu have seized two police vehicles.

The incident happened on the dawn of Friday, September 25, 2020, and has been confirmed to GhanaWeb by the Assemblyman for Torgodo Electoral Area, Senyo Hayesu.

The cars have been seized from two police stations in Aveyime and Mefe after the rampaging secessionists attacked the stations and overpowered the officers.

According to the Assemblyman, some of the secessionists were seen patrolling the Sogakope Township in one of the seized polices vehicle. He also added that the boys went to the North Tongu District Assembly and destroyed properties and office equipment.

“They were very serious and everyone was afraid to get close to them. One of the police cars they seized was what they were using to patrol the town”

“They even came here, the District Assembly and caused lot of destructions,” he stated in a phone conversation with GhanaWeb Volta Regional Correspondent.