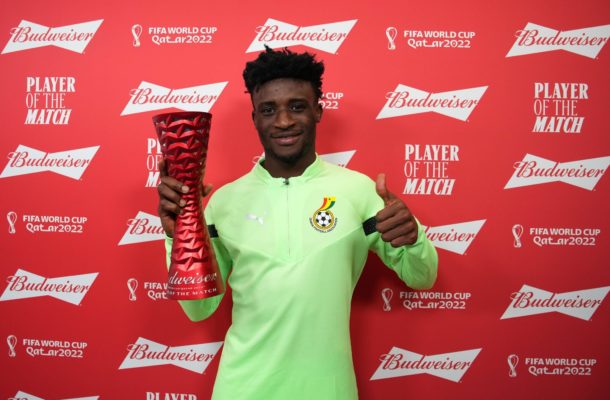 Barcelona's Sporting Director, Jordi Cruyff has revealed that he has been monitoring impressive Ghana and Ajax midfielder Kudus Mohammed.

The mercurial midfielder is receiving admiring glances from a host of teams with Barcelona latest to join the fray in Europe with English Premier League giants Liverpool being linked with a move for the sought-after Ghanaian midfielder.

"He's scoring goals and in Holland they discuss a lot about his position, so yes - I know him well"

The Ajax star has been in devastating form for the Dutch side this campaign and has followed it up with his impressive showing for Ghana at the 2022 FIFA World Cup in Qatar.

According to reports in Holland, Liverpool is readying an offer to swoop for the midfielder in January ahead of their rivals Everton.

During the summer transfer window, the midfielder went on strike to try and force a move to the Merseyside club but Ajax did not budge.

He has since been a shining light for the Dutch side scoring ten goals in 22 appearances across all competitions for Ajax.

Kudus Mohammed joined Ajax from Danish side FC Nordsjaelland in July 2020 for a fee of around 9 million Euros but the Dutch giants will demand in excess of that amount with his current form.

The 22-year-old Ghanaian has been starring for Ghana at the ongoing World Cup having scored twice in two matches.