What happens to the body if you stop drinking alcohol for 28 days? 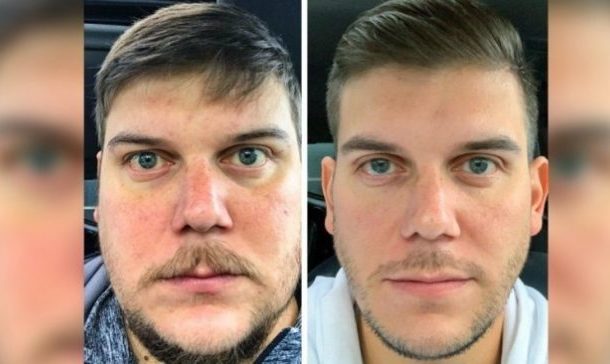 According to statistics, the person with an average income takes about 9.5 liters of alcohol per year.

This person is far from being an alcoholic, just a lover of spending time with friends and a bottle of some strong drink or not so much.

Sometimes you can relax during the work week, just a glass of wine before bed, to fall asleep quickly or relieve stress.

And what would happen to the body of this person, if he did not drink anything for 28 days in a row?

Genial.guru was inspired by the initiatives of several known and not-so-well-known groups of enthusiasts and wondered if there would be any improvement in health and appearance in only 4 weeks without alcohol.

For those who can not wait to find out, we say it immediately.

There will be, and very serious.

It seems that the appetite increases.

In fact, people eat a lot more if they drink. And after a complete rejection of alcohol, a person psychologically wants to fill the void that has formed.

As a general rule, with food. Although you can replace it successfully by juices or fruits.

There may be a strong need for sweet things.

Alcohol, especially sweet, can increase the amount of sugar in the blood.

In some people, on the other hand, the level of sugar decreases.

For diabetics, the uncontrollable affection for drinks is especially dangerous.

It is difficult to sleep. These are those who are used to drinking a glass before going to bed to get rid of insomnia. Alcohol simply allows you to fall asleep before, but the quality of sleep is adversely affected. Without the usual dose of "sleeping pills", it will be difficult to fall asleep the first time, and the dream itself will be intermittent and not deep. Nightmares may also appear.

In some cases, headaches begin, which are a marker of serious changes in the body under the influence of beverages.

Perhaps the problem is a liver disorder, high blood pressure or a lack of hormones that relieve pain (when a person drinks regularly, their pain threshold increases significantly).

The liver is recovered. With regular doses of alcohol, the liver cells die slowly and scars are formed instead. The organ can recover, but it happens very slowly. Dependence is direct: the less a person drinks, the faster the regeneration will be.

The additional motivation (at least for women) will be a change in skin color. Alcohol expands blood vessels, which disrupts blood circulation, and this leads to a lack of oxygen in the skin. As a result, alcohol dries the epithelium, causes the appearance of age spots and early wrinkles.

The digestive processes are improved. Alcohol causes a greater production of hydrochloric acid in the composition of gastric juice. In other words, the stomach "eats" slowly. By the way, this is the reason for the increased appetite when drinking beverages.

The people who conducted experiments on the abandonment of alcohol indicated that in the second week it is more difficult to avoid meeting friends when there are drinks.

In the third week the external symptoms of fun moments disappear: bags under the eyes, bruises and swelling in the face. This is because the fluid in the body no longer stagnates and the urinogenital system works well again.

It is easier to wake up in the morning. A person, even in a state of mild drunkenness, falls asleep very quickly, and immediately enters a deep phase, losing the state of drowsiness. When the concentration of alcohol in the blood decreases, the dream becomes superficial and intermittent. The person wakes up broken and not at all rested.

Due to drinking, salivation deteriorates, which affects, among other things, the condition of the teeth. Consequently, without alcohol, the risk of decay is reduced and tooth enamel becomes stronger.

When there is an overweight, the body weight is significantly reduced. The indicators are individual: on average, they are 3-4 kg per month. The longer a person has an absolutely sober lifestyle, the more weight they can lose.

Alcohol increases blood pressure. If this happens too often, there is a risk of hypertension. People who do not drink at all are less likely to suffer from this disease. In addition, the risk of diseases of the cardiovascular system is reduced and the pulse returns to normal.

More or less these changes occur with a person who did not take a single drop of alcohol for 220 days.

The skin of the face and body becomes much cleaner. Acne and irritation disappear. This is mainly due to the restoration of the water balance in the body and the normalization of the blood circulation. The complexion is matched, the pigment spots gradually disappear.

A person thinks clearly and works more productively. Perhaps the effect of alcohol on the brain is one of the least visible. However, the results of the research suggest the opposite: with the systematic consumption of alcohol, there is a slight inflammation of the brain, dilation of blood vessels and massive death of brain cells due to lack of oxygen. Such changes are very slow and, unfortunately, irreversible.

Now you want to propose a similar challenge and take care of your health? Or maybe you're a fervent sober?