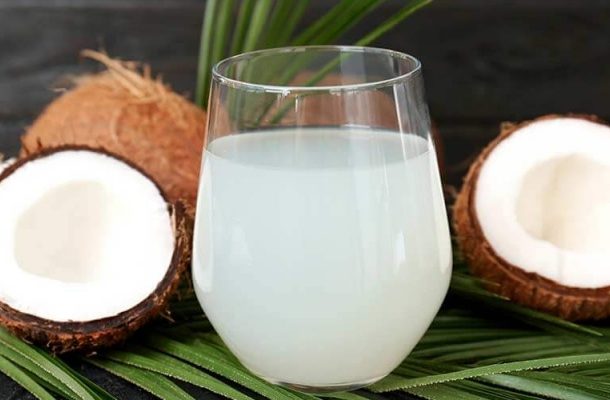 Are you looking for something more refreshing than the tart taste of lemon water or the zing of ginger tea?

Coconut water might be your next favourite beverage. This flavourful alternative to plain water is sweet and light, which may explain some of its popularity.But coconut water offers more than its taste. There are a number of benefits in this drink that may help you feel healthier.NutrientsWith as many nutrients as it has, coconut water is almost like a drinkable salad. One glass of coconut water contains several of the vitamins and minerals we need. Nutrition Data, a website that lists nutritional facts, says the beverage is “a good source of vitamin C, riboflavin, and calcium” and also lists it as “a very good source of dietary fiber, magnesium, potassium, and manganese.”Lower blood pressureCoconut water is rich in antioxidants, according to WebMD, which could play a role in lowering blood pressure. In a study published in the Asian Pacific Journal of Tropical Medicine, researchers studied the effects of coconut water’s antioxidants in rats. The researchers fed male rats with a fructose-rich diet followed by four millilitres of coconut water per 100 grams of their body weight for three subsequent weeks. Then, they measured the rats’ systolic blood pressure every three days. The results suggested the antioxidants in coconut water could prevent and even reverse high blood pressure.The high potassium content in coconut water might also play a role here. Researchers from the Mayo Clinic published a study in the American Journal of Physiology: Regulatory, Integrative and Comparative Physiology. In the study, researchers found potassium tends to increase blood flow and decrease blood pressure.DiabetesAnother study noticed that providing coconut water to rats with diabetes helped their hyperglycemia. Researchers from the University of Kerala in India published their findings in a 2012 edition of the journal Food & Function. In this study, they found the rats that drank coconut water showed improvements in blood sugar levels and reductions in markers of oxidative stress.HydrationSometimes, ensuring we’re drinking enough water can be tough. However, if you’re looking for a change of pace from plain water, coconut water can be a delicious alternative. Moreover, coconut water is a lower calorie alternative to soda, sweet tea, and iced coffee. Just be sure to double-check the nutritional facts on the label of your coconut water — some brands pack in the sugar and skimp on the nutrients, so choose wisely.Post-workout recoveryWater is important during exercise, but sometimes it isn’t enough. For athletes who exercise for more than an hour or for anyone who’s doing an activity in high heat, plain water isn’t enough to replace the electrolytes lost through sweat.According to a study published in the Journal of Physiological Anthropology and Applied Sciences, athletes who replenished with coconut water recovered better. Moreover, the participants in the study who drank coconut water reported less nausea and no upset stomach compared to those who drank other sports beverages or even plain water.Source: WomenWorking