What is in the Quiz Mistress’ bag? 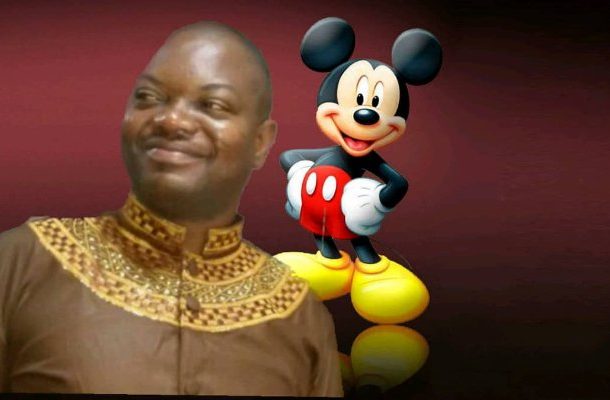 Do you remember the story of the mischievous rat? That rat asked its children to go and destroy the farmer’s pepper farm. The baby rats came complaining that, ‘mummy, the pepper we are chewing is hot o’ and the mother rat went like: ‘go ahead and manage to chew the pepper; it’s not for anything but pure mischief; just keep chewing!’

I remember the day Ajoavi’s mother came to church some time in 1993 to give testimony to us in Church that she has finally obtained an American entry visa and that she would travel to the U.S in 4 days. She also admonished those of us who choose to continue living in Ghana bcos we are not ‘that blessed’ to ‘take good care of ourselves’. And we all screamed ‘Halleluya, God is good…all the time’ and all the time….!’ You won’t believe that this woman never crossed Kotoka till she died last year. She had the visa alright but when she got to the airport, the picture in the passport changed to that of a man and she was returned. I am sure now you understand why people travel abroad especially without announcing it or telling even close relations about it! ‘Abror’ to the power 25 multiplied by X divided by nothing!

When a school like Presec was preparing for the grand finale with a calculator borrowed from a Nyebro classmate (my nephew), what do you expect? Nobody borrows and uses our calculator and gets the answers right apart from we ourselves o. When a contestant punches 2+3, the answer he gets is 8! Then he would try again: 3 times 4 and the answer would be = 72! Finish! He did not learn from this and still went ahead to use his calculator wanting to go and win quiz!

Professor Korshi Opoku Amankwah, Director-General of the GES was the Professor who taught me Advanced English Grammar in the late 90s o! Prof, please o; how do you feel when people say the standards in the Achimotas and the Mfantsipims have fallen? As for me, I laugh when I hear comments like that o bcos I don’t think there is any single school in Ghana whose standards are still up there the way they used to be even ten years ago! Even one week ago, a school scored with 68 points to qualify and in the grande finale yesterday, they scored 34! Is the standard the same?

Too many heartbreaking things happening at the same time this month o. If it’s not about Black Stars ‘breaking the pot and our hearts’, it would be Benin that are so loved by God that even when all the odds were against them, they still scored Morocco to qualify for the quarter finals. Not even a penalty awarded against them materialized.

The other heartbreaking one was to do with the just ended National Maths and Science Quiz which saw APSU winning. Alla! This year’s contest was something else. It only reminds me of the days of the Kwesi Nkansahs and the Tei Abbeys who first won the trophy for Presec in the then BMSQ. At KNUST, nobody would tell you the academic performances of these guys were soaked in ‘atomic bombs and avionics’! These were 7D brains and I believe they still have such brains even though portions of their brains are now focused on koko for the children as well as school fees when September is approaching!

Today there is nothing like an underdog school anymore o except for a few. As for Adisadel, the way I laughed last Monday er. It is believed by some ‘against people’ that it is bcos of ‘Adisadel boys that people don’t have any respect for zebra crossings’. I was surprised they were bent on winning when none of the contestants was wearing spectacles! Science students? How? The Santas claim Presec beat them because Adisadel boys had never liked Mondays which happened to be the day they were kicked out by Kofi Ansah’s boys! Happy belated birthday o, Odadi3 Kofi Ansah of the Multimedia Group. I heard you ate your fufu heavily just before the contest such that in the event that it didn’t go the way of Presec, your birthday would not be marred! That is called ‘Insurance’!

Wesley Girls made history by beating two giants – Motown and Prempeh. The Quiz Mistress, and her Team of Science and Technology Professors must begin to set some questions in the local languages. ‘Did you understand? Yes Madam’. Muti asi3” Daabi’! Meanwhile, it is the same thing said in different languages but understood differently o! Mr Solomon Owusu aka Sonny Rocky, a proud Amanfuo, I greet you la! Hahaaa!


Motown should have won that contest but well, it is good to pamper the girls small so was it! GeyHey must be excited even though they couldn’t go beyond that historic feat as they beat these ‘too known’ boys – one from Accra and the other from K-sai!

Yes, I laughed at some people last two Wednesdays. When ‘Moses meets Osmosis’, Daniel Dazie would celebrate a Ghana goal by screaming ‘goooaaaallllll’ as our opponents, Guinea Bissau reel under disappointment and then you would hear him at the same time shout ‘aaaaaaaaaah’ when Kwabotwe loses to Augusco in the Maths and Science Quiz! Greetings o, Dr Laud Mensah of the Legon Business School! You ‘win’ manyaaaaaa! As this was happening, Nathaniel Atoh was also giving the commentary and screamed ‘goooooooooooooaalllllllllllllllll’ for a long while till he almost started gasping for breath as he celebrates Ghana’s goal which coincided with Augusco’s walk over Mfantsipim, a scenario some have described as ‘Botwe-Bissau’! D.D of JOY SMS and Dr Mensah of UGBS, next time when you see Augusco Boys like Nath Attoh, greet them for me! As for the Chairman of the ‘Against Supporters Union, Santa ‘Read-One’ Ibrahim Ashanti, he grabbed every single opportunity to laugh at the ‘Red Devils’ of the Central Region! Little did he know that Presec was going to humiliate Adisco the week after.

Tepa was like the Benin in the NMSQ! Surprises! In the grand finale, I was supporting Presec to win since they have been consistent in their victories though the other two Catholic Schools were equally tough!

And there is an AFCON! ‘Locomoto headed the ball to Onana. Onana dribbles two Indomitable Lions and fell (why not?) when the ball then tumbled straight into the suulia of Banana. Banana was swallowed in a dribble by Akwedu of Cameroun…and it is a goallllllllll! Banana 1, Akwedu 2’ as ‘Nkati3’ the goalkeeper has just been replaced! Azey, this 2019 AFCON would definitely pass as one of the most interesting, not in performance o but in the names of players. It only reminds me of AFCON in the 1990’s. The Naija squad had some very interesting names in their line-up. ‘Odeneku passes the ball to Okenedu and he connected the ball straight to Onekedu’s head and he scored! Whether it is Odeneku, Okenedu or Onekedu, at the end of the day, you won’t even know who actually scored! African names! Clap for us! Hahahahaaaa!

Two years on and the Quiz Mistress’ missing bag could not be found by the security agencies. My worry is not about the bag o but the contents of the bag. How am I supposed to know the things in there? Maybe electronic calculators and Visa card! Abeg, let’s end it here since I believed she might have insured the contents of the bag the reason she is not talking about it again. Hahaaaa!

I greet you o, Prime Time Productions for still maintaining the standards so high with strong competition integrity that could never be compromised in any way.

After 12 years of ‘kaufing, don’t you think it’s about time Dr Elsie Kaufman was made a Professor? Just thinking o.

For me I believe the standards are still there o in spite of various reforms. One young man was made by the father to sit for the WASSCE as a private candidate when the SHS duration was extended to 4 years. He scored 8A’s even when in SHS 2. His Dad and the school authorities forced him to finish his tenure. He again sat for it while in SHS 3 and scored 8A’s. One more year to go. He sat for the exams in the forth year and scored 8A’s!

If you like reduce the SHS duration to 6 months – he would still score 8A’s.

There are some others, give them 15 years for SHS; if they won’t make it, not even an open book exam will let them make it da!

Lexis Bill protected that bag from being ‘balanced’ again by some unscrupulous person(s) before but as to how light or heavy it was, I can conjecture and suspect that what is in the Quiz Mistress’ bag is an electronic handkerchief! Finish! So couldn’t it be that the ‘thief’ or ‘thieves’ who stole her bag 2 years ago just did so out of mischief and nothing else?

See you at the JOY BEAUTY AND BRIDAL FAIR this evening and the rest of the weekend. Come and learn about ‘why it is better to marry your enemy’ because with that, expectations are less, no be so? Hahaaaaaa!