What is the Casino Industry's Future in Ghana and South Africa? 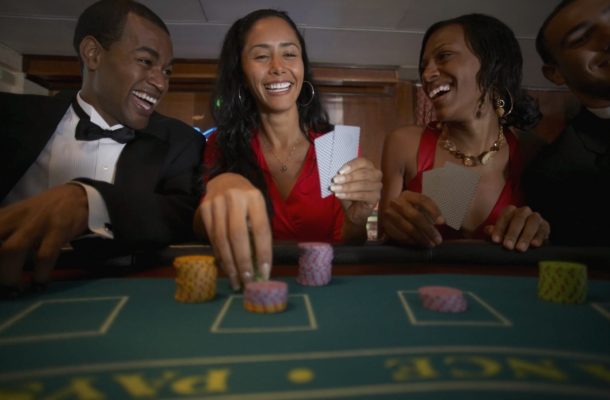 Despite having some of the largest populations of young people per capita, many African countries are still far from generating significant gambling revenue. This despite high gambling spending. Sports betting is the most popular form of gambling due to the popularity of sports throughout the continent. Other forms of gambling suffer from restrictive regulations and a lack of proper infrastructure such as poor internet connectivity or security.

When it comes to gambling legislation, Ghana and South Africa are regarded as the most liberal African countries. Gambling generates a sizable amount of revenue for both economies, and the future looks bright in both places. This article breaks down the growth factors to determine the deal makers and breakers in terms of their industries' successful futures.

What are the Drivers of Growth?


The African market is experiencing its most rapid growth in history, owing to the increasing use of smartphones and high-speed internet. This is great for the economy generally and specifically increases the availability of online casinos to the average African. A growing console market is another factor, though they are still prohibitively expensive for the majority of the population. The Covid-19 pandemic, combined with widespread technological adoption, has raised the level of online gaming on the continent.

According to a report by Newzoo and Carry1st, the number of gamblers on the continent has increased from 77 million in 2015 to 186 million in 2021. However, only a few African countries, including South Africa, Nigeria, Ghana, Kenya, and Ethiopia, profit from their actively growing gambling markets.

How do African Gaming Markets Compare?


Ghana has approximately 33 sports betting companies and 8 casinos registered with the Gaming Commission, which could generate significant revenue if market participants are taxed.

According to Pulse.com.gh, the Ghana Revenue Authority (GRA) announced that in April 2022, it would pilot a taxation program for electronic commerce, gaming, and betting. The government has met with operators in the gaming and betting industry, as well as the Ghana Gaming Commission, to devise a method of collecting all necessary taxes. The concept arose as one method of meeting the country's 80.3 billion revenue target for the year.

The Infrastructure Factor in South Africa


The African market, particularly South Africa and Ghana, is expected to expand dramatically in the coming years as a result of investments from companies such as Carry1st.

Carry1st, an African game publisher, raised $2.5 million in seed capital in 2020 to invest in in-game publishing across the continent. According to Forbes, the company also received a $20 million Series A investment round led by Silicon Valley-based firm Andreessen Horowitz.

In addition to capital investments in software development, there are entrepreneurs seeking to develop other services for the iGaming sector in Africa. Veli.Services, headed by Gia Janashvili, has taken steps to develop B2B2C solutions for African iGaming operators. Their partnership with operators in Congo-Brazzaville is just the beginning of their growth in the African market.

The Role of Digital Currencies in the African Gaming Market


63 million of Africa's 186 million gamers pay for games. According to statistics, Africa has the fastest-growing gambling market in terms of both population and spending. One of the motivating factors is the introduction of digital currencies. Africa and the Middle East have a total of 5.9 million cryptocurrency owners. Given that the continent is expected to have the most youthful population by 2050, the level of spending is likely to rise even further.


Africa is currently undergoing a surge in infrastructure development, with many countries focusing on increased internet penetration as a key growth factor. Many global corporations, such as Google and Huawei, have set the pace with massive projects across the continent. More investors and gaming operators are likely to follow suit, given that Africa, unlike other global regions, has the most promising market that has yet to be exploited.