What I’ve learnt living with HIV for 26 years - Lady 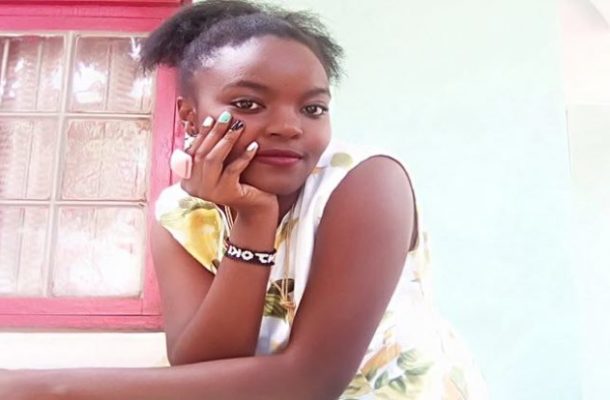 Janet narrated that her own relatives considered her saliva to be poisonous, and that was heartbreaking

Janet Njoki is one of thousands of people who have lived with HIV their whole lives. She is part of the generation born in the 90s when it was difficult to prevent mother-to-child transmission, but the fact that HIV-positive babies could survive to adulthood is a sign of great victory.

“When am I going to die?” asked Janet Njeri when she was told she was HIV-positive. In her 14-year-old mind, it was not a question of if but when and she was terrified.

“I was so angry. I felt betrayed and it was like I was paying for my parent’s mistakes,” adds Janet, who is now 26.

She attributes denial and stigma to the acute depression and suicidal tendencies she experienced.

Janet remembers her relatives sidelining her because of her HIV status.

“Things were tough back then, and I remember when suicidal tendencies and depression took a toll and for a while, it was a nosedive. I remember attempting suicide on several occasions but clearly, I was either very poor at it or it was just not yet my time. There was a time a relative asked me to use my cup since considered my saliva to be poisonous, this broke my heart,” narrates Janet.

According to Janet, dating has not been easy and having dated an HIV-negative person, she insists on disclosure of status to partners.

“I dated a person who was negative to whom I disclosed my status. In such situations, I am always prepared for anything, be it rejection or acceptance, I accept it as it comes. The trick is not to expect so much out of the disclosure because people react differently to such news,” says Janet.

Janet says testing before engaging in sex is very important.

“Getting that test is vital. Just because someone looks “healthy” doesn’t mean that they are, this is where a lot of people go wrong. Luckily, today you can even do a home test. You do not have to go all the way to the hospital. Just buy the kit and do it with your partner,” says Janet.

It is not any different for 31-year-old Pascaline Peters who has lived with HIV for six years.

“I have been living with HIV since 2014. I was so shocked when I got the news that I had to request the doctor to take another test which came back positive again,” recalls Pascaline, who is now an HIV activist.

Out of disbelief and denial, Pascaline says she took close to twenty other tests hoping one would turn out negative but all of them were positive.

For Pascaline, what started as a normal infection that most women experience led to the confirmation by the doctor that she was HIV-positive.

“Even after treatment, the infection would not go away, so my doctor told me we should do an HIV test and I agreed. To my shock, it came out positive. This was my lowest, I sunk into a very severe depression but I started medication which was not easy since I used to buy the ARVs that would cost me Sh6000 per month because I was not ready to get them at my local hospital,” says Pascaline.

Today, the vocal activist does concentrate on positive living even after infection.

“The discrimination surrounding HIV/AIDs made me come out so that I can be of support to others going through the same. I do not concentrate on how I got infected. What matters is how you live and this comes with acceptance,” adds Pascaline.

According to her, stigma kills more than the virus and but has learnt to always make it an opportunity to educate others.