What will happen to the National Cathedral when you become President? A Plus queries Mahama 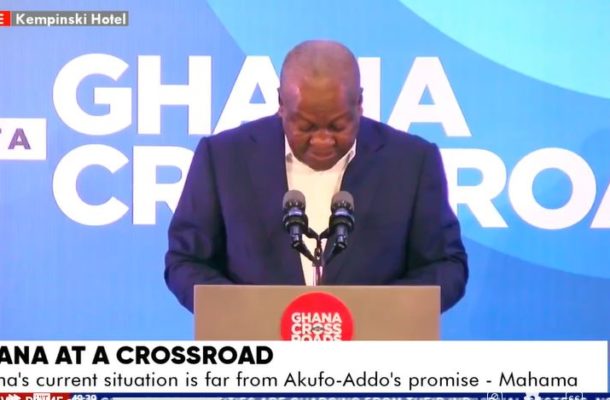 Political activist Kwame Asare Obeng, affectionately known as A Plus, has questioned the position of ex-President John Dramani Mahama on the much-talked-about National Cathedral project.

Currently, the construction of an interdenominational Christian cathedral is underway in the capital, Accra, to serve as a sacred space and infrastructure for the formal religious activities of the country.

The project which is being undertaken by President of the Republic, Nana Addo Dankwa Akufo-Addo, follows a promise he made to God that he would honour Him if he gave him victory in the 2016 elections.

This vision of the President has been widely been opposed to, as the critics say, building a cathedral for God with State resources is a misplaced priority.

Some stakeholders and political actors have also indicated it is "needless" to build a church for God when the country is going through an economic crisis.

But, despite the criticisms, President Akufo-Addo has maintained that the construction of the National Cathedral remains a top-notch project of his government.

A Plus asks for Mahama's position on the project

Taking to his Facebook page, Kwame A Plus has questioned exactly what Mr. Mahama will do should he become the next President of Ghana.

Some answers A Plus is seeking from the former President include whether he would continue the project, abandon it or turn it into a world-class medical tourism facility.

"Dear John Dramani Mahama When you become president, what will happen to the national cathedral? Will the project be continued, abandoned, or it will be turned into a world class medical tourism facility?" He queried. 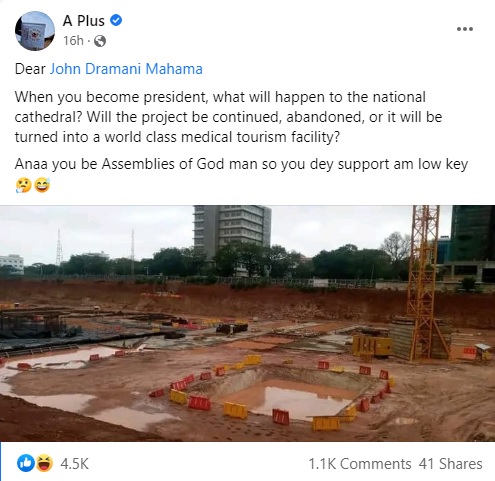