When I had to decide the day of my father’s death! 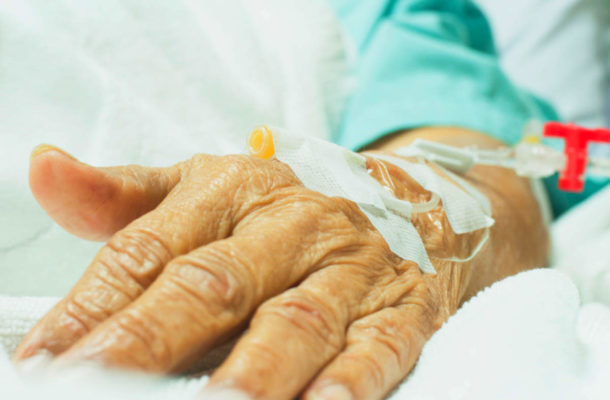 My father had a fungi-green coloured sweater, which was his favourite but I hated it because of the colour and also because it started smelling of elaichis (cardamom) later on, which papa used to fondly chew on and I detested that smell. This was 1992.
While cleaning my cupboard on a weekend recently, I happened to open my old trunk that had a few of my favourite pieces of clothes. The same fungi-green coloured sweater was sneaking beneath a gorgeous organza saree that belonged to my mother, waiting to be touched again. I pulled it out with an intention to wear it in case it fits. It did, emotionally.
The void that my father left after he succumbed to kidney failure, has been dangling in the air ever since. Even though I have pushed that void at the back of my mind, it is left like an unattended precious belonging - it keeps coming back to your mind, again...and again!
I had just started exploring the new college life and my father was the wind beneath my wings. He was a diabetic patient and was scared of hospitals and doctors as much as a 10-year-old would be. A small cut on his foot, being ignorant to worst results, and too many dominating statements to my mother for insisting him to go for regular check-ups, after a year it all added up to just one thing - life support at the Intensive Care Unit (ICU).
When I finished my finals and returned home, I had to open the doors of a hospital room instead of the new house we had bought just six months back. Papa lay there dressed in that boring white patient dress (papa always loved bright colours - it made him feel lively), his skin had darkened (papa was proud that he was the fairest in his family and used to joke that people can easily mistake him for being a French), his weak legs had a few pipes running over them (papa was a traveller, he wanted to see every beautiful place in his lifetime). Something shattered inside me. I could only spend a few minutes with him telling enthusiastic stories about my projects when he lost consciousness and was immediately rushed to an ICU. I stood numb as the nurses went in and out of the ICU without letting me or my mother in.
No, I had not lost him yet. It had to be harder!
Four days. Numerous bottles of blood. Never-ending tests and the constant pain inflicted on him by those injections. Three days at the hospital I had already grown 10 years mature in mind and decision-making. I had to. My mother was too weak to understand that she was losing the love of her life.

I was allowed inside the ICU only to feed him food. It was awkward to see his helpless eyes as I fed him the bland food (papa was a food connoisseur, he loved flavours and acknowledged everything made with zeal and skill), wipe his drools (I remember him doing that to me when I used to gorge on my favourite ice-cream) and help him drink water (like papa did when I used to be sick). He was not allowed to talk but whenever I went to meet him, I came back with lot of promises to keep - promises his eyes kept reminding me of.

That day while I was settling with the situation, I was called to the ICU again. The doctor thought that being young, I will be able to handle this efficiently (or maybe, he realised my papa had groomed her daughter well) and had put forward the most difficult question I will ever get to answer in my life. Papa was on life support, which means he would collapse if we take it off. The support had to be taken off someday, when - the decision had to be mine.

I walked up to his bed and saw in his eyes. I could see those last moments of life in there but then, the next second it was gone. I touched his hands, the hands that had written judicious judgments all their lives, hands that held a family together in the toughest times, hands that showed the way to the next generation and hands that wanted to bless his daughter at every step in her life but couldn’t.

I went to the doctor and said - “Take it off now”!