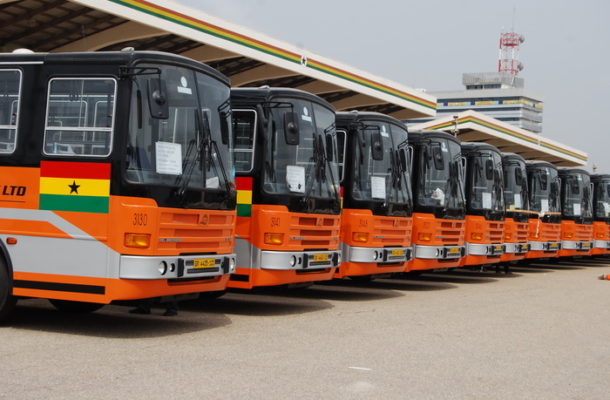 The Metro Mass Transit (MMT) fired the man behind the petition that led to the sacking of Bennet Aboagye as Managing Director of the company.

Lawal Fuseini, who was the Security Coordinator of the Metro Mass company had petitioned the Special Prosecutor over financial malpractices and procurement breaches within the company.

A letter signed by the Deputy Managing Director of the company, Richard Osei Bamfo and sighted by Citi News stated the reasons for the Security Coordinator’s dismissal:

“It is rather regrettable to note that there have been series of infractions on the company’s rules and regulations by you for which sanctions have been suspended in hopes that you will turn over a new leaf so management will reconsider its decision on these cases. Unfortunately contrary to management expectations, your unbridled recalcitrance has known no bounds over the period. These days you display confidential information on the company on various social media platforms patronized by staff and make all kinds of unpalatable comments about the company.”

“What is worrying is that you go about all these with impunity. Indeed, your conduct is unbecoming of a security coordinator whose primary function is to protect the image of the company by securing its critical interest. Your penchant for sharing company information on social media, contrary to administrative instruction is very disappointing, to say the least. The disciplinary authority has carefully considered your base conduct and its impact on staff discipline and has decided that your services be dispensed with to rid the company of deviant behaviours which have the tendency of creating indiscipline among staff and denting the corporate image.”

Lawal had accused Mr. Aboagye [the then MD of MMT] of undertaking some shady deals as well as attempting to bribe whistle-blowers in the company.

Lawal also claimed that the transport company also pays five thousand Cedis monthly to Mr. Aboagye to fuel his official car although he has been at home since May 2018.

In addition, the company, according to Mr. Lawal and other staff, was paying for servicing the car used by the MD who was interdicted after the Office of the Special Prosecutor was petitioned to investigate allegations of fraud and procurement malpractices in April 2018.

Lawal and other petitioners said Mr. Bennet Aboagye had been paid over 280,000 Ghana Cedis since May 2018 when he was interdicted by the Board of the company.

In the petition delivered to CHRAJ on March 26th, the petitioners demanded quick investigations and action.

The petitioners called on CHRAJ to as a matter of urgency to investigate and retrieve the said monies from the former managing director of the company.

The Board of Directors of the Metro Mass Transit Limited asked Mr. Aboagye, to step aside with immediate effect.