Who is the Greatest Ghanaian Football Player to Play in the Premier League? 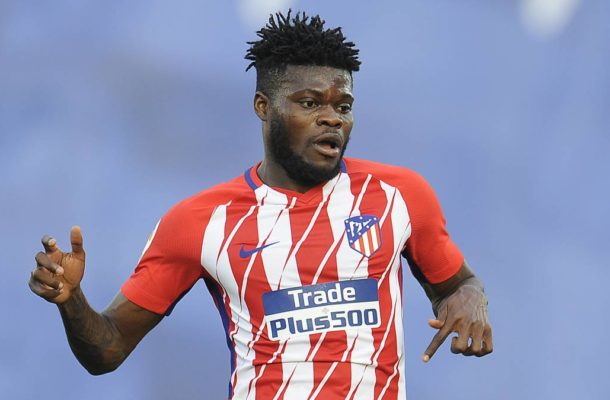 Over the past 10 to 15 years, the arrival of Ghanaian talent in the Premier League has been significant. Thomas Partey’s arrival at Arsenal was met with huge praise from fans across the globe as Arsenal look to kick on.

He could be one of the real differences in the Gunners chasing honours and falling short, with the side now among the favourites to win the Europa League.

He’s just one of a large number of players to grace the Premier League though, but who is the best?


Let’s begin with Partey himself. While he’s yet to make any impact on the division, he really has the opportunity to do so, and from this season too.

Arsenal have recruited fairly well this summer and many bookmakers are now expecting them to do well. Plenty of fans are starting to acquire betting offers you know about from brands such as William Hill and Ladbrokes and actually placing them on Mikel Arteta’s men.

The London side are currently 6/1 for the Europa League behind only Spurs, while can be baked at 15/8 to finish in the top four. If Partey helps them achieve this, he’ll almost instantly place himself among the elite.


Of course, few can argue that the honour of greatest ever in the division is Michael Essien. He had a glittering career with Chelsea and has more appearances in the division than any other Ghanaian.

He won the Premier League twice with The Blues, alongside the FA Cup four times and earned a Champions League winners medal in 2012, when the side beat Bayern Munich.

Away from Chelsea he’s also won Ligue 1 twice with Lyon, as well as starring in a Real Madrid shirt, where he spent a season on loan at the end of his Chelsea career.

He played 58 times for his country between 2002 and 2014 and is one of the greatest African players to ever grace the English top flight.


Tony Yeboah was a powerful striker who really left a lasting impact not just on the Premier League but many a crossbar too!

He scored some truly iconic goals in a Leeds United shirt, where he spent two years between 1995 and 1997. He’s actually Ghana’s second top scorer in the division with 24 goals, with Jordan Ayew taking over him last season, now on 25.


Jeffrey Schlupp will likely overtake Essien as the Ghanain with most Premier League appearances, with the Crystal Palace defender an ever-present for his side. He’s made over 100 appearances for the Eagles and at 27 still has plenty to give in the division.

He’s spent all his professional career in England, winning the title with Leicester back in 2015/16 where he made 24 appearances.

Today he’s playing in a tight knit group at Palace, and has started the season relatively well.


There was always something special about Asamoah Gyan and perhaps he should have spent more time in the division before leaving for the UAE and China. He played just one full season at Sunderland but was one of the most dangerous strikers in the league during his time there.

He scored 11 goals in his 33 games for the club and helped the side finish in 10th position. It was all downhill from there for the Black Cats who now ply their trade in League One, the third level of English football.

Gyan has yet to formally retire and over the past few years has been jet-setting around the world for a number of different sides.