Who Should Africans Support During the 2021 European Championships? 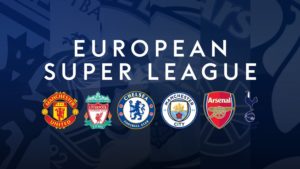 It doesn’t seem as if Africa has much to cheer on in terms of football this summer. Without the African Cup of Nations, which has already been played and was won by Morocco, there aren’t many more competitions to tide us over until domestic leagues around the world return.

However, if you’re desperate for an excuse to get behind a tournament, there are none better than the 2021 European Championships. After all, Africa is a continent with plenty of skin in the game concerning the nations and players due to compete. With that in mind, here’s who you should consider following and why.


The link between France and the continent of Africa is almost cliché at this point, but we can’t look past the fact that lots of football players are either born here and move to France or are born in France to parents from the continent. Other countries have the same link, but the relationship isn’t as prominent as it is with the French.

For example, N’Golo Kante, one of the biggest success stories of the past five years, was born in Paris. However, his roots are Malian since his parents emigrated from West Africa in the 1980s. According to reports, his first name is inspired by a former 18th-century Malian king. Paul Pogba, on the other hand, has Guinean parents, whereas Samuel Umtiti moved to France from Cameroon when he was young.

With so many top players representing the World Champions, we should be proud that they are also representing Africa on one of the grandest stages in world football. After all, without Kante, Pogba and Umtiti, the football betting odds wouldn’t rank France as the 9/2 outright favorites above England and Belgium.


A player who wasn’t mentioned in the list of French-African players above is Kylian Mbappe. While the likes of Pogba and Kante are incredibly talented, everyone in football recognizes that Paris-Saint Germain’s explosive striker is very special.

For footballers like Mbappe, goals come and go, and he’s certainly clinical when the opportunity arises. But he’s also a team player who creates as many chances as he puts into the net, which makes him a strong contender for the UEFA Player of the Tournament award at 8/1. Only Kevin De Bruyne has similar odds.

Kylian Mbappe has been electric this season! pic.twitter.com/UPiqW727nV
— The Sun Football (@TheSunFootball) May 24, 2021

Considering that Mbappe has cosmopolitan roots as far as his African ancestry is concerned – his father is Cameroonian and his mother is Algerian – there are potentially millions of people he will characterize when he sets the Euros alight in June.


Who doesn’t love a goal scorer who can put the ball past the goalkeeper in a flash? It’s the part of the game that players, coaching staff and fans enjoy seeing because it leads to an adrenaline rush that’s hard to replicate. Defensive styles are boring, which is why the likes of Pep Guardiola are revered above everybody else.

In Roberto Martinez, Belgium have a manager who likes to take the match to the opposition. In De Bruyne, the Belgians have a master provider. And in Lukaku, the country has a formidable forward who is in red hot form, which is why he’s the second-favorite to finish as the top scorer at 7/1. The fact that a feared talisman such as Lukaku is proud of his Congolese roots is something the Congolese people should support.

There you have it. If none of the nations or players jump out at you this summer, just remember what the people and countries above represent.