Why fight, slander others for politicians who're family, friends - Agyinasare 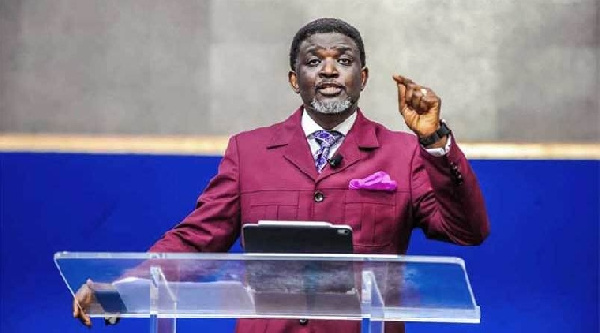 The Presiding Bishop of Perez Chapel International, Bishop Charles Agyinasare, has said his recent sermons on national transformation are God-inspired and has, thus, wondered why some Ghanaians have been hurling attacks in the media over the God-led homilies on behalf of politicians, some of whom, he noted, are either relatives or friends despite belonging to different parties and see elections as a mere game.

In his sermon on Sunday, 2 August 2020, Bishop Agyinasare told the congregation that: “Some have said: ‘Charles, it is a bad time to preach national transformation. They would soil my reputation, call me names, attack my family, insult them and me, threaten and attack me’. The truth is that it has gotten so dirty and petty that some are even questioning whether my name is genuine or not etc. However, with the state of our nation currently, is there is not a cause?”

“Are our politicians enemies or people who see things differently?

Did General Mosquito not tell us that when he lost his mother, the late Sir John, former NPP General Secretary came to stay and mourn with him for 3 days?”

“Is Sam Jinapor not NPP and his brother John Jinapor NDC?”, he asked.

He continued: “Did honourable Boniface Abubakar of NPP not say on a viral YouTube video that his brother Kamara is NDC, so, he has never been in opposition and would always eat?”

“Is the Senior Minister Osafo-Maafo not NPP and his brother Adjei Maafo NDC?”

“Is Hon Sherry Ayitey not NDC but her senior brother Professor Ayitey NPP?”

“Why would you roast me, fight me, slander and smear me over people who see the elections as a game and a contest of ideas but not life and death?” Bishop Agyinasare wondered.

According to him, “On 31st night, I told you how God instructed me to make the church fast for one month long in January, one week out of every month and two weeks out of every quarter and we have done it religiously”.

“God, during the course of our fasting and prayer this year, has led me to embark on a mission of national transformation till righteousness is established in this land. What I need is your prayer support and commitment even if you don’t understand what I am doing”.

He said the media attacks on him recently prompted the Ghana Pentecostal and Charismatic Council (GPCC) to visit and exhort him.

“This past week, I was privileged to be visited by the leadership of the largest Christian block in the country. The Ghana Pentecostal and Charismatic Council, which makes up 25% of the Ghanaian population. The Apostolic team from the national executive council, of which I am a member, that visited, came to pray with and encourage me in the face of media attacks, threats, insults and smear campaigns amongst others. The visit was very refreshing and well appreciated”, he told the congregation.

In the past four weeks that he has been addressing the youth, Bishop Agyinasare spoke on the theme: “Building a future after COVID-19”.

“I addressed issues that would build the foundation for the development of the youth to prepare the next generation to take over this nation”.

“In my discourse, I made it clear that I am not any party’s spokesperson and, to me, Ghana is bigger than any political party”, he said.

“You would remember when NDC came for the thanksgiving of their former national organiser, I called the party out and spoke against vigilantism.

“I have been consistent over the years speaking irrespective of which party is in power. I also shared showing what to do and what not to do using our current political landscape, how to be good civil servants and clergy amongst many principles.

“In the course of my delivery, I drew examples from my personal life including marriage and financial dealings to make them know it is possible to live a life of integrity and purity in the midst of the present day promiscuity”, he recalled.