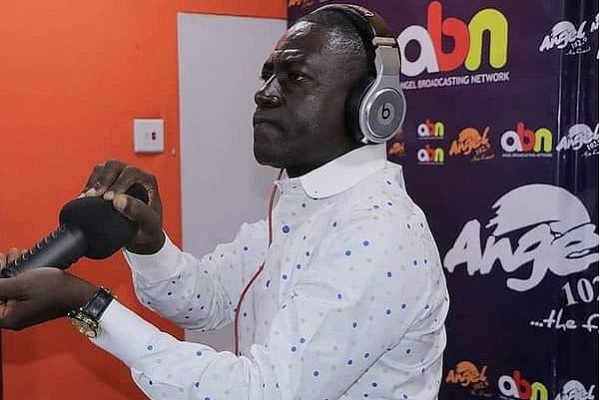 The Chief Executive Officer (CEO) of Angel Broadcasting Network (ABN), Dr. Kwaku Oteng, has revealed why popular broadcaster, Captain Smart has been suspended from his post at the Accra-based Angel FM.

The news of his suspension was brought to public notice on Thursday, May 6, 2021, by IMANI chief, Mr. Franklin Cudjoe. According to him, Smart was suspended over his 'usual critical commentary on national affairs'.

"Had a worrying conversation with Captain Smart moments ago. His boss has asked him to go off air for a while as a result of undue pressure that has been piled on him by 'high ranking officials in government'.

"Captain Smart's crime is that his usual critical commentary on national affairs, is making government unpopular. Really? I hope it is not some over zealous politicians who made those calls. Either way, it paints a gravely intolerant picture. #fixitnow," he posted on Facebook.

However, explaining the rationale behind Captain Smart's suspension, Dr. Kwaku Oteng said the former has continuously refused to listen to his advice after cautioning him to stop using his show to denigrate notable personalities in the country.

"Captain Smart was not suspended for being critical on national issues but his continuous disparaging remarks about the President and his vice, Alan Kyerematen, the IGP and other key government officials," he explained through ABN's General Manager, Kojo Dickson, on the station's midday news.