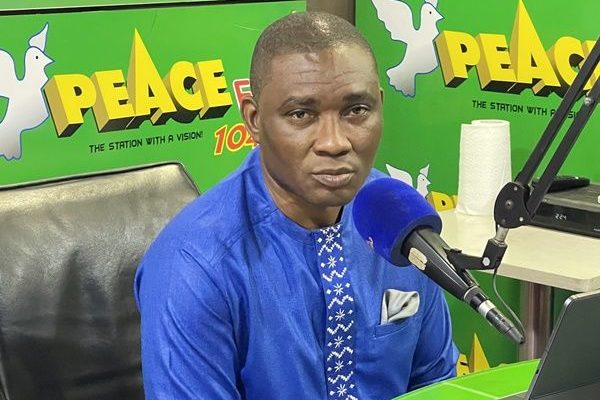 Deputy Lands and Natural Resources Minister, George Mireku Duker, has replied the National Identification Authority (NIA) on its response to claims that Aisha Huang had acquired a new Ghana Card (non-citizen) which she used following her re-entry into Ghana.

The NIA, in an attempt to counter rumors that Aisha Huang was issued with a Ghana Card under a new identity as En Huang, released an official statement explaining they rather renewed her old details for her.

The Authority, detailing on how the woman, who was deported from Ghana for committing illegal mining crimes, managed to get a non-citizen Ghana Card.

The Authority stated; “On 26th February 2014, a Chinese woman named HUANG EN registered as a first time applicant for a foreigner identity card at the Foreigner Identification Management System (FIMS) registration centre at Nhyiaeso, Kumasi, in the Ashanti Region (passport attached). Her biometrics were captured and she was issued with a Non-citizen Ghana Card. She subsequently did two more renewals on 31st August 2016 and 8th January 2018, using the same details and Chinese passport number G39575625."

The NIA emphasized that they refused to issue a new card to her but the official in charge offered to renew her old details when she went to the registration center in Tamale, Northern Region, as a first-time applicant register under a new name [Ruixia Huang].

“The registration, however, went into a technical state known as ‘RejectedDueAFIS’, which meant that the biometrics of RUIXIA HUANG possibly matched that of an already existing person in the NIS database. The registration officer therefore sent a request to the technical support team for further investigations. This revealed that, based on the biometrics provided, “RUIXIA HUANG” had previously registered as EN HUANG in the FIMS record under the NIS database. When confronted by the registration officer with this information, she claimed to have changed her name. As per NIA’s normal registration process, EN HUANG was asked to provide an official certified affidavit and a gazette as required by law to support the change of name if the details in the passport with number EJ5891162 were to be used to update her old records.

“EN HUANG was then given the option of waiting to bring in the required documents before her details could be updated or renewed her old registration with her Personal ID Number CHN-010039480-J, without any change in details. She opted to renew with the old details and then go through the affidavit and gazette process after which she would then provide the documents for the update to be done. Her renewed Non-Citizen Ghana Card was then issued to her on 25th August 2022," the NIA set the records straight.

Responding to the NIA statement during "Kokrokoo" show on Peace FM, George Mireku Duker says he doesn't understand why Aisha Huang's old details were renewed when she had indicated to have no documents to support her change of details.

To him, "immediately, the officer in charge at that time shouldn't have renewed it".