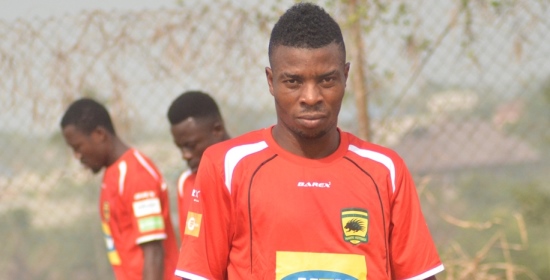 Former Kumasi Asante winger Ashittey Ollenu has taken a swipe at his former club for their poor transfer policies over the years.

He says the club are trigger happy and always sign players for fun without waiting for them to develop in order to realize their potential.

According to the Techiman Eleven Wonders player, Kumasi Asante Kotoko are throwing away money on the needless acquisition of Brazilian winger Fabio Dos Santos Gama.

Gama arrived in Ghana this week and has since started training with the club but the former Kotoko player says its a waste of money.

Speaking in an interview with Westrn Regional based Energy FM, he stated the club  are too impatient.

"Signing Fabio Gama is a waste of money,Kotoko's recruitment is poor. They don't give the players time to settle and grow.

Sacking players every season is their major problem" he added.

Ashitey Ollenu joined Asante Kotoko in the 2017 Ghana Premier League season on a free transfer from Hearts of Oak but was released by the club after just a season for poor performance.