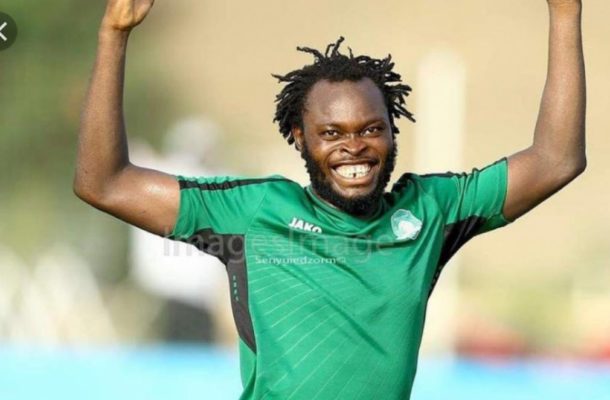 It has been a long winding road for Yahaya Mohammed as a professional footballer but at the twilight of his career he has been handed only his second call up to the Black Stars.

The 32 year old striker who has had a nomadic career typifying his career path  has now found a home at  Aduana Stars where he is  now the top scoring Ghanaian player in the local league.

Yahaya Mohammed is obviously talented but it has taken a lot of efforts , rejection, trials before reaching the top.

He is a player who aside from goalkeeping has played in almost every other department of the game before finally settling with playing as a striker, a role which he has executed with aplomb.

His talent has been glaring having played for the likes of Asante Kotoko, and been snapped up at a young age by OGC Nice after starring in the Toulon tournament in France in 2007.

But his career has also been fraught with controversies but no doubt he is a good player who deserves the chance to show his talent for the senior national team.

Yahaya has in the past played for the Black Stars B in the CHAN tournament in the past where he shone but he will realize that the Black Stars may be a notch higher than its local cousin but with his vast experience should the veteran be given the chance you can trust him to take it with both hands.

It has been a long time coming, a journey that has seen him experience the ambience in Northern Ghana having played for RTU, Wa All Stars, being adored at some point by the relentless Asante Kotoko supporters and carrying Amidaus Professionals and Tema Youth all on his shoulders.

Yahaya Mohammed's call up to the Black Stars after more than a decade should tell us that patience is a virtue and hard work pays.