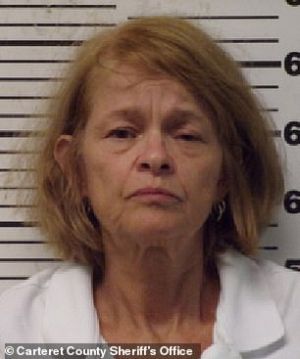 A wife accused of tying up her husband and chopping off his penis with a rose pruner cried as she appeared in court Wednesday - after her call to 911 revealed she told operators she attacked 'his favorite part of himself'.

Victoria Thomas Frabutt, 56, is said to have tied up 61-year-old James Frabutt before cutting off his manhood at their Newport, North Carolina home on Tuesday.