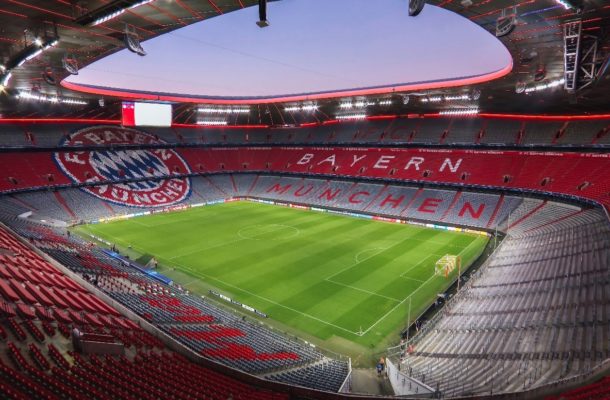 Next year will mark the 10th anniversary of Bayern Munich’s historic treble-winning season under Jupp Heynckes and while Hansi Flick achieved a similar feat during the coronavirus pandemic, the images of Arjen Robben wheeling away having scored in the dying embers at Wembley will be etched in Bavarian folklore forever.

The ghost of the Allianz Arena 12 months prior was finally laid to rest and having prised domestic success away from Jürgen Klopp’s Borussia Dortmund, the Dutchman’s goal in the English capital unequivocally declared Bayern as the elite on German borders. However, they wouldn’t stop there. What followed was a decade of sheer dominance in the now infamous red and white, aided by several signings from their rivals, including Mario Götze and Mats Hummels, who have since both returned to the Signal Induna Park, as well as Robert Lewandowski, who needs no introduction really.

Bayern’s stranglehold on the Bundesliga title has been personified by the proficiency of the Pole, who after arriving in 2014 at the end of his Dortmund contract, took Pep Guardiola’s swashbuckling side to new heights — cruising to the title far beyond the Catalonian’s tenure. Whoever was in the dugout, Lewandowski still managed to find the back of the net, and that is why Bayern are regularly favourites to win their matches whatever the odds are.

The Bundesliga seems to have dropped off in quality aside from the Bavarians, simply as other sides can’t coexist or develop a side without the best players being swooped up and dropped at the gates of the Allianz. But many will be breathing a sigh of relief at the news that Lewandowski has finally cut ties with the German champions, joining Barcelona in a deal worth £42 million.

Considering he’ll be 34 when the season starts, Bayern have garnered a good return on investment on the Poland international, and while he might lose some athleticism throughout his years at the Nou Camp, Bayern will have to compensate for his absence in front of goal — after all, they just sold the man who broke Gerd Müller’s record for goals in a season back in 2021.

With almost 350 Bayern goals to his name, it won’t be easy for a new-look Bayern side to just pick up where he left off, however Julian Nagelsmann, heading into his second season as head coach, has conducted some smart business thus far. Alongside Ajax duo Ryan Gravenberch and Noussair Mazraoui, Sadio Mané is expected to lead the line, joining from Liverpool.

The Senegal international, who won a domestic double with Klopp in his last season at Anfield as well as the Africa Cup of Nations with compatriot and new teammate Bouna Sarr, has been reinvented as a false nine, more akin to his days as a Southampton player. And even though now some of that pace and dynamism has dwindled at the turn of his 30th birthday, he still has the elegance and nimble footwork to ascend to the top of the charts for a first Torjägerkanone.

Expect Bayern to still be as competitive as ever, but should they be concerned by Dortmund? Despite losing Erling Haaland, their main source of goals in recent years, the Black and Yellow have been active in the transfer market themselves, bringing in Karim Adeyemi from RB Salzburg as well as reappointing Edin Terzić for a second spell in charge. They also attracted Niklas Süle away from Bayern on a free, with the tall defender a big loss for Nagelsmann, who failed to renegotiate a new deal for the 26-year-old German international.

The start of the Bundesliga season is right around the corner and the first few months before the World Cup breaks things up could well prove decisive. It will be interesting to see if Lewandowski proves to be a big miss, and the opening weeks will show how big of a cog he was in Bayern’s rampant winning machine as they pursue an 11th successive league title.