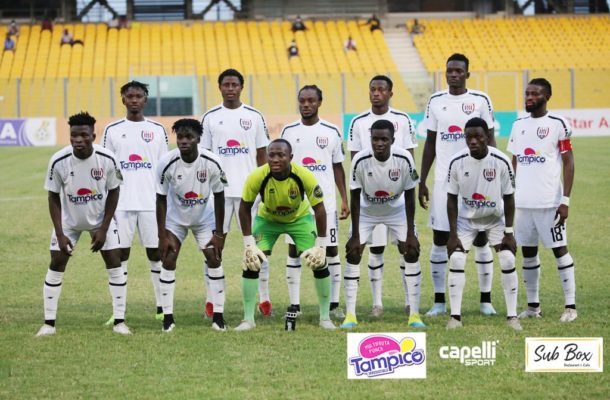 Bottom placed Inter Allies will battle with King Faisal on match day 21 of the Ghana Premier League at the theatre of Dreams, Dawu on Sunday.

The two teams occupy the two bottom places in the League log with Inter Allies sitting in 18th place with 16 points while King Faisal sit one place ahead with 19 points – with three points separating them.

King Faisal have yet to win a match since the second round of the League – drawing two against WAFA (0-0) - AshantiGold (0-0) and losing 3-1 to Aduana Football Club. They have been poor travellers in the League picking only two points from a possible 24. King Faisal have not won a single away match – lost six and drawn two – leaking 17 goals in the process. Their last visit to Sogakope was all messy as they lost 4-3 to WAFA at the Red Bull arena.

Inter Allies lost away to Hearts of Oak on match day 20 by a lone goal at the Accra Sports Stadium, a result that deepened their woes - hurting their survival chances.

They have not lost a game at home since their switch to the theatre of Dreams. Inter Allies have won one – (2-0 against Karela United) and drawn one (1-1 against Dreams FC) in the second round and aim to continue that unbeaten home run on Sunday.

The match pits two strugglers against each other in a relegation dogfight.

The first meeting between the two sides ended in a favor of King Faisal as they recorded a 1-0 win over Inter Allies at the Ohene Ameyaw Park.