Will this decision push them into the relegation zone ? 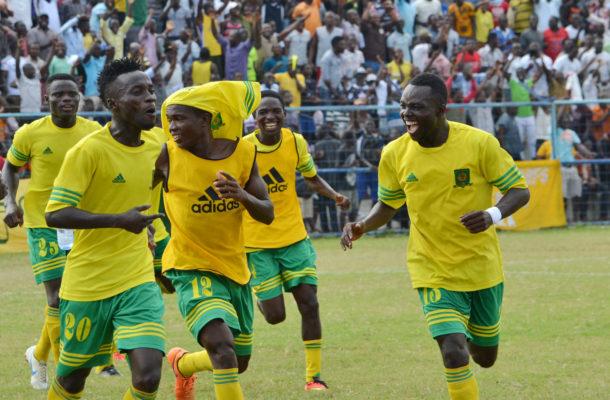 Dwarfs have been deducted 3 goals and 3 points but will this decision push them into the relegation zone ?

Ebusua Dwarfs have 9 games to play before then end of the season.

The club host Liberty Professionals, Aduana Stars, Inter Allies, Hearts of Oak and Bechem United and then have 4 away fixtures against WAFA, Ashgold, Karela and King Faisal.

Dwarfs are currently placed 17th on the league standings and may come down to the wire to determine the clubs that will be relegated.

Currently, Dwarfs have a better head to head than King Faisal, Liberty Professionals and Inter Allies. Dwarfs have played neither of the clubs in the second round and will be hoping to make amends and get the points against them.

Dwarfs have individual players who have stood up anytime the club needs the needed results such as centrocampista George Asamoah, Ellia Kofi as well as Michael Asamoah. Will these players not gaining their top most form it will be very difficult for the coastal club

Dwarfs play Liberty Professionals who are as well in the relegation zone and with this decision the club wouldn’t have been happier with a better fixture. Dwarfs would move to at least the 14th position with a win over the weekend whilst Eleven Wonders play host to Hearts of Oak as well as King Faisal traveling to Elmina to play Sharks.

Dwarfs will have to win all 5 games at home against Liberty Professionals, Aduana Stars, Inter Allies, Hearts of Oak and Bechem United and at least a draw in any of their away fixtures

Cape Coast Mysterious Abontoa Abontoa Ebusua Dwarfs may or may not be relegated after gaining promotion in 2015.