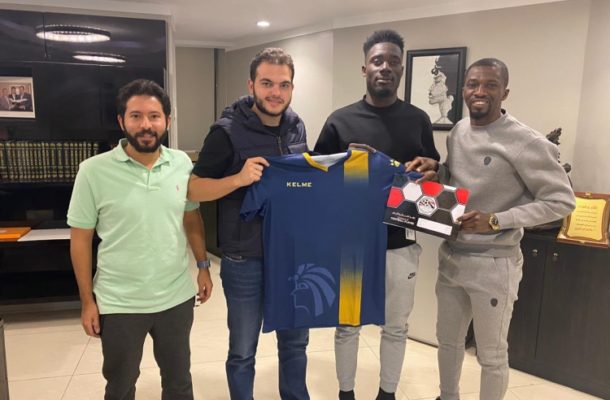 Ghanaian midfielder Winful Cobbinah has left Albanian side KF Tirana for Egyptian Premier League side Ceramica Cleopatra ahead of the new season.

The 29 year old Ghanaian joins the newly promoted Egyptian side on a free transfer after his contract with the Albanian side expired last month.

Cobbinah has signed for the Egyptian side after passing a mandatory medical and agreeing personal terms.

After two years playing for Albanian side KF Tirana and helping them win the Albanian title,the former Hearts of Oak player failed to agree contract terms and has now decided to move on.

The newly promoted side Ceramica Cleopatra FC will take part in the Egyptian Premier League next season for the first time in their history and the Ghanaian has decided to take a gamble on them.