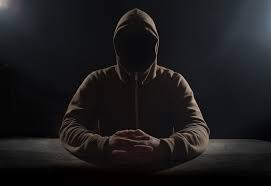 A brave ‘no nonsense’ woman has called out her husband’s supposed side chick for blackmailing her with her nudes.

According to the woman, whose identity is not immediately known, the faceless side chick threatened to release photos to expose her and her husband’s nudity.

The side chick demanded the sum of N2million or she will publish the photos on top blog sites.

“I was just minding my business today when someone called me with an unknown number that she is sorry for what she is about to do. She wants to publish nude photos of me and my husband just like that, She wrote a lengthy write-up later but that is not my concern. I just want her to man up and release the nudes,” she said.

However, the said wife, who has no reservations whatsoever, called her out in a live video on Instagram to go ahead and publish the nudes.

As a matter of fact, the wife is pleading with the mistress to forward the nudes to her, to release them herself.

While eating to show how unconcerned she is about the threat, the wife added that the incident will not in any way interfere with their marriage.