The  construction of new 540m bidge across the Volta River on the Eastern Corridor Road will soon start following the approval by parliament, the deputy Minister of Information Felix Kwakye Ofosu has said.

The minister revealed the information on his Facebook page, with a pictures of the project which is being constructed on a loan agreement between the government of Ghana and the government of Japan, acting through the Japan International Cooperation Agency (JICA).

"Work will soon start on a new and bigger bridge over the Volta River following the approval of 11 billion Yen for it by Parliament," he said.

"Dubbed the Volivo Bridge, it will,with a span of 540m, be over 200m longer than the Adomi Bridge."

Parliament,early this month, approved a ¥11,249,000,000 loan agreement for the construction the  bridge  at Volivo,The bridge when completed will be over 200m longer than the famous Adomi Bridge. 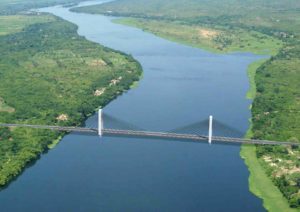 The project  consists of a 540-metre (m) long by 17.1m wide cable stayed bridge on concrete pier and abutments.

It will also have Sidewalks, a bicycle lane and railings and a rest stop will also be part of the project.

The Eastern Corridor Road covers a distance of about 695.6 kilometres, starting  from the Tema Roundabout and ending at Kulungugu, the North-Eastern border with Burkina Faso.

It would also facilitate trade and improve the movement of goods, services and people across the country.