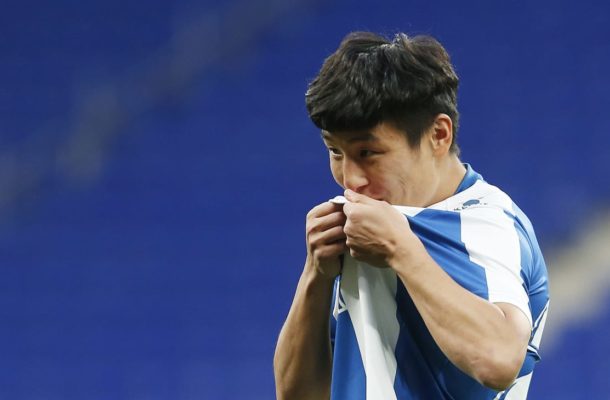 Cornellà de Llobregat: Espanyol's Wu Lei became the first Chinese player to score in La Liga on Saturday as his goal helped his team to a 3-1 win over Real Valladolid.


Wu Lei, who was named the Chinese Super League's player of the year in November, joined Espanyol in January and was making his fifth appearance for the club at their RCDE Stadium.

Valladolid had threatened a comeback but Wu Lei sealed victory in the 65th minute by breaking in behind and sliding a cool finish into the corner.

The 27-year-old forward has scored 15 goals in 63 appearances for China PR after making his international debut in 2010.

He is not the first Chinese player to feature in Spain's top flight. Zhang Chengdong took that honour in 2015 when he made his debut for Rayo Vallecano but Zhang never scored for the club.