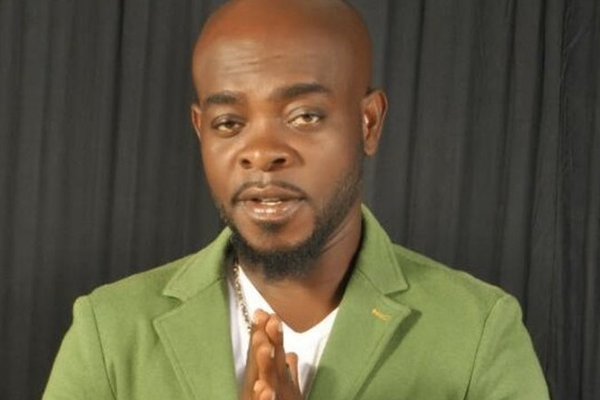 Highlife artiste, Wutah Kobby, has released a song to pay tribute to his colleague musician, Kofi B, who died early Sunday morning.

The three minutes 13 seconds song, titled ‘All Shall Pass’, is a guitar solo that details how vulnerable humans are to death regardless of their possessions.

He is heard mentioning the name of the late Kofi B among other Ghanaians and international celebrities who have passed away incusing Ebony.

Wutah Kobby in the video is spotted singling in his car with his guitar in hand.

Highlife musician Kofi Boakye Yiadom known in showbiz circles as Kofi B died on Sunday, a few hours to his performance at a concert in Cape Coast in the Central region.

The ‘Mombrowa’ singer according to colleague musician Kofi Nti, started complaining of chest pains and unusual heartbeat as he prepared to perform on Sunday evening.

A doctor at the hospital said Kofi B was sweating and vomiting when he was brought there.

The ‘Bantama Kofi Boakye’ hitmaker was restless with very high body temperature and an unusual blood pressure 150/120, the doctor said.

Since he had difficulty breathing, he was put on oxygen and given some injection but he died at 3 am on Sunday.

Like Wutah Kobby, some Ghanaians, including KOD, Okyeame Kwame and Obrafour took to social media to mourn the artiste.

“Very sad to hear of the passing of one of the most talented musicians I managed from day one. Kofi B was an exceptionally talented musician and it was a delight spending time with him in the studio with Ofori Amponsah at the turn of the last millennium. Sleep well B!,” KOD wrote on his Twitter handle.