Yan Junling: We have to overcome loss of Wu Lei 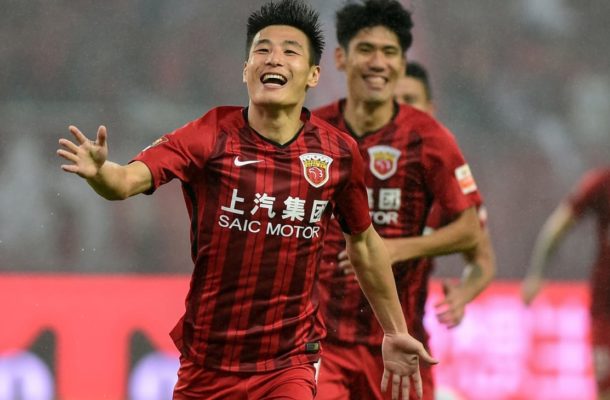 Shanghai: Chinese champions Shanghai SIPG must move on from the departure of star forward Wu Lei to La Liga ahead of Wednesday's 2019 AFC Champions League opener, according to the team's custodian.


Losing a star player is never easy on a side, but it's not unreasonable to say that with Wu Lei's transfer from Shanghai SIPG to Spain's RCD Espanyol the CSL side have lost a player who is very much part of the heart and soul of the side, having made his debut for the club at just 14 years old.

As the all-time leading goalscorer and appearance-maker for the club, the 27-year-old forward's exit is, undeniably, a blow for the team, but Shanghai SIPG goalkeeper Yan Junling is insistent that the side need to - and are able to - maintain the kind of form that saw them crowned China PR's league champions last year.

"Yes, we have to admit that Wu Lei leaving the club is a loss," said the 28-year-old, who started his football career along with Wu Lei at the Genbao Football Academy before joining Shanghai SIPG .

"But football is a team sport, we will still try to do our best to defend the honor of the city.

"As everybody knows we completed an amazing season last year and lifted the Chinese Super League title for the first time.

"For this year, we really want to continue in that winning fashion. And, of course, the AFC Champions League is one of our important objectives."

Yan Junling, though, is in no doubt who the strongest challenge will be in the first stage of the competition.

"While I don't know too much about Sydney FC, Kawasaki Frontale are a very strong team who play very watchable football," he said

"We already met them last year in the AFC Champions League and, as we all know, they won the J.League title last year.

"I believe it will be a very tough series of games against them in the Group Stage."

After reaching the knockout phase in all three appearances at the AFC Champions League, exiting at the quarter-final (2016), semi-final (2017) and Round of 16 (2018), the goalkeeper believes this year could be the campaign which takes the side to the next level.

"I do think we have enough ability to make it our year and break through to the final."