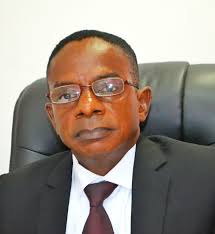 The recently released report of the Auditor General on the Public Accounts of Ghana shows an aggravating spate of institutionalized corruption and an abhorrent rot in the Public Financial Management (PFM) architecture of our country. According to the Auditor General, a total of GHc12.9billion (twelve billion eight hundred and fifty-six million, one hundred and seventy-two thousand, and six hundred and twenty-six) worth of irregularities were identified in our public accounts in fiscal year 2020 alone

In fact, the total cost of financial irregularities to the nation in 2016 alone, according to the report was GHc718million. This figure rose abnormally to GHc12.0billion in 2017; the first year of the Nana Akuffo Addo / NPP administration. In 2018, total Audit Irregularity was GHc3.0billion rising to GHc5.5billion in 2019, and ballooning to GHc12.9billion in 2020. Remarkably, the 2020 amount of GHc12.9billion is a new national record of public financial management irregularity powered by the Nana Akuffo Addo / NPP administration

Undoubtedly, one of the most powerful devils that have perpetuated Ghana’s chronic underdevelopment and painful impoverishment has been *systemic corruption.* However, to concede that this devil is being fed, trained, and emboldened by our public officers and government to grow as currently manifest is scary and heartbreaking

In the words of the Auditor General, Audit Irregularities represent either losses that had been incurred by the State through the impropriety or lack of probity in the actions and decisions of public officers, or on the other hand, the savings that could have been made if public officials and institutions had duly observed the Public Financial Management (PFM) framework put in place to guide their conduct and safeguard national assets and resources

For the most part, regular audits of public accounts tend to drive improvement in the quality of financial information to stakeholders. These audits also tend to ensure compliance of the PFM laws, while highlighting best practices towards improvements in the PFM system

Perhaps the most compelling benefits of these audits are to *safeguard against loss, misuse or abuse and damage to government properties*. However, the jaw dropping levels of losses, abuse, and misappropriation of State funds makes nonsense of any expected benefit or impact of the regular audits being conducted

Historically, where political machines are installed to provide jobs for party supporters to generate illicit income for themselves; adverse, if not aggravated audit findings of this nature are common place. Additionally, where wealthy business interests corrupt officials to receive favorable treatment; institutionalized corruption like we are seeing becomes the norm. By this, it makes sense to wonder why the audit reports under the Nana Akuffo Addo / NPP administration contrasts relatively in stinky and detestable fashion versus same reports in the John Mahama / NDC administration

On the average, and compared to 2016 audit reports, the Nana Akuffo Addo / NPP administration has recorded financial audit irregularities eight (8x) times the amount recorded by the John Mahama / NDC administration since taking the reins of the country. Or, while GHc718million total cost of irregularities was recorded under John Mahama / NDC in 2016, a jaw dropping GHc8.3billion has been recorded by the Nana Akuffo Addo / NPP administration every year (average across 4 years) since taking the reins of our country

In conclusion, it is obvious that corruption as seen in the wanton stealing, misuse, and misappropriation of government funds/assets has gained foothold in our country’s Public Finance Management (PFM) system. It is clear that, public servants and government officials are fueling the graft via their actions and inactions. The eight-fold (8x) increase in the amount of audit irregularities from the 2016 figure since the Nana Akuffo Addo / NPP administration took over suggests the current government has exacerbated the phenomenon through its omissions and commissions

Issues of governance irregularities, scams, and downright plundering of the nations’ purse these days have become normal in our country. Interestingly, all of us Ghanaians are comfortably accepting of the situation. But, as citizens, we should be disgusted at the state of the nation and be protesting our abhorrence to the authorities. Otherwise, the corruption and rot that has become the mainstay of our public financial management system would only continue to worsen