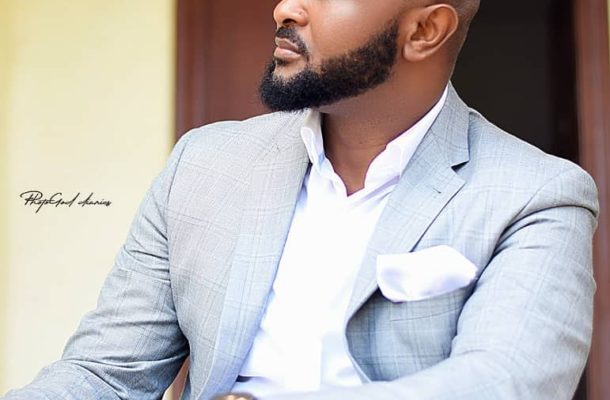 It comes as no surprise that the vastly experienced and versatile media practitioner would be picked by the GFA to head Ghana Beach Soccer.

To appreciate the staggering work that beach soccer officials led by Ampofo Ankrah have invested over the years, one would have to remember that the sport did not have a single referee, a playing venue, a single team or even an approved beach soccer ball less than a decade ago.

Today, Ghana Beach Soccer is recognized and ranked by CAF and FIFA, on the rise in Ghana and driven by a small dedicated and relentless team of men who have stuck to the vision with dogged faith.

Ampofo Ankrah is better known as a BBC trained sports journalist who's transition from radio and TV presenter to sports administrator, has seen beach soccer in Ghana taking huge steps as a top competitive discipline and potential industry on its own.

Apart from his specialist areas in sports Broadcasting, he is also respected as a creative multimedia content producer.

His background in event management can be traced from his days as a writer for Kotoko Express under the tutelage of then club CEO Mr Herbert Mensah.

His experience across various platforms in Ghana, Africa and beyond has helped him lead the beach soccer branding drive over several years securing a record sponsorship package with CalBank stretching over nine years.

Some of his notable previous stables of employment include Joy fm, Metro TV, TV3, e.TV Ghana, and South African based sports network Supersport.

He's also had stints with Atlantis radio, Yfm and Rainbow radio in Ghana.

Whilst in the UK he also worked with OBE tv and VoxAfrica tv.

He is currently the President of the Ghana Beach Soccer Association having stood unopposed in 2016 for his second term.

In 2009, he founded the Books and Boots Foundation which seeks to use education (reading and role playing)
to develop, encourage and guide children in deprived communities across Ghana.

He was most recently called to serve on the FIFA initiated GFA Normalization Committee under the recommendation of Dr Kofi Amoah as Vice Chairman of the Marketing & Sponsorship Ad hoc Committee.

Ampofo Ankrah holds a degree in Humanities and Media from the University of London and is credited with the creation of the current template for Branding, Marketing and Media for Ghana Beach Soccer.

He is married with three children.