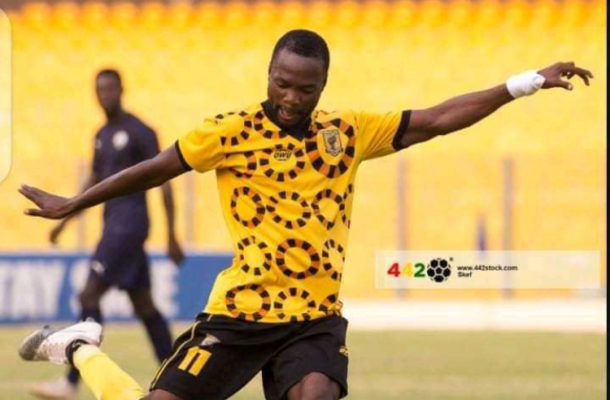 Heading into the last game of the season, only a goal separated the Cameroonian striker from the Ashgold ace as Mbella had 21 goals whiles Annor had 20.

Yaw scored four goals against Berekum Chelsea earlier in the season the highest number of goals scored by a single player in the Ghana Premier League this season.

Yaw Annor also scored a hattrick earlier in the season when his side defeated WAFA 6-0 at the Obuasi Len Clay Stadium.

The Ashgold forward has equaled Ishmael Addo's 22 goal record as the highest ever goal tally scored in the Ghana  Premier League.