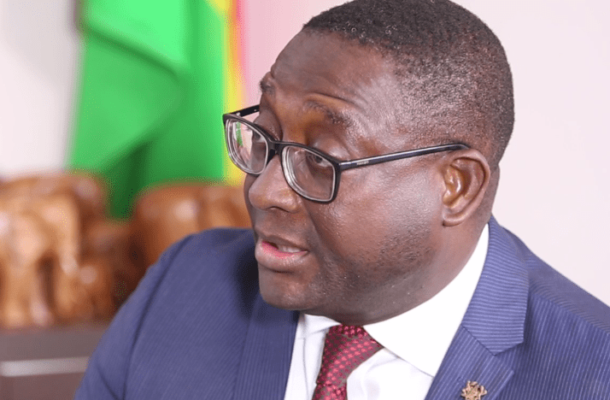 A member of the governing New Patriotic Party (NPP) and former Social Media Manager at the Jubilee House, Mr. Asare Darko, has taken a swipe at the party's Director of Communications, Yaw Buaben Asamoa, describing him as "most useless".

His outburst comes after some Ghanaians took to the social media space to troll Buaben Asamoa for losing a debate against the National Communications Officer of the opposition National Democratic Congress (NDC), Sammy Gyamfi, when the two appeared on Adom TV on Saturday, May 23, 2020.

Apparently, the two lawyers have been invited to the television station to discuss issues pertaining to the compilation of a new voters' register by the EC and matters arising.

READ ALSO: Have you been able to investigate J.B Danquah's death? - A Plus asks Pius Hadzide

But reacting to his 'abysmal' performance, however, Asare Darko indicated that in the history of the NPP, Yaw Buaben Asamoa is the most useless Communications Director.

He could not fathom why Buaben Asamoah will allow Sammy Gyamfi to win a discussion against him on a national TV.

He feared that Buaben Asamoa with such performance in subsequent debates could lead the NPP to opposition.

"...He is the most useless Communication Director in our party. He is going to lead us into opposition. How can you let this small boy Sammy Gyamfi to floor you on national TV", said Asare Darko on Facebook.

Sam 1 month ago
Yes o Mr Darko ,youre right,hé is empty
Isaiah Kwarteng 1 month ago
Hahaha. Sammy has the facts and very focused unlike Buabeng Asamoah. Kudos Sammy
NanaB 1 month ago
Sammy gyamfi will beat that man each and everyday. Wisdom is not about age and Sammy is always on top of issues. It's like the men don't read nowadays. Lol
Alhaji Power 1 month ago
Nonsense, first of all it's a fake account, it's not the man they are attributing this story to. Secondly, do u think it's easy explaining why we should do this when the EC has disgraced themselves and by extension, the NPP by changing their earlier position of using the Voter's register to give information about the registrant and just top it up with the new biometrics? It's the EC that has made this whole thing difficult for itself and the npp now. The ndc will always have an urge in this debate. It's only a childish man who will expect majic from YB. Nonsense
Alhaji Power 1 month ago
It's imperative to note that, that assertion by this fake person is his own fickle opinion. To me, upon all the urge the ndc jave on this issue, Yaw Buaben did very very well in trying to justify why we should do this exercise. #THINK DEEP