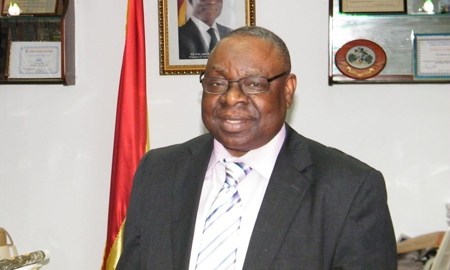 Former Minister of Health Hon Joseph Yieleh Chireh has lost the ticket of contesting in the 2020 election for the  NDC after delegates denied him the mandate in the party's parliamentary primaries held on Saturday.

The veteran legislature lost by a wide margin of 438 to former police Superintendent Peter Lanchene Toobu, who grabbed headlines after voluntarily resigning in July for the two-horse race.

Yieleh Chireh,65, was seeking his 5th bid to represent the party in next year's election but his 317 votes were not enough to keep him to the task as Lanchene Toobu, who was the executive secretary to the then IGP David Appiatu, won with 755 votes.

The former Minister of Local Government first entered Parliament in 2005 after winning the seat of the Wa West constituency and has retained it for four consecutive times.

The defeat means his services will end in 6th January 2021 should next year's elections be held on 7th  December.

But his story is starkly opposite to the results from Wa Central as former minister of Youth and Sports Abdul-Rashid Hassan Pelpuo succeeded in winning his bid to contest a 5th term in Parliament.

Just like Yieleh Chireh, Pelpuo entered parliament in 2005 but Saturday's victory will be a mark of a renewed confidence the party delegates have in him as he won the contest with 406 vote difference.

He polled 693 votes with Yakubu Duogo coming first runner up with 287.

Below is the results of Wa Central