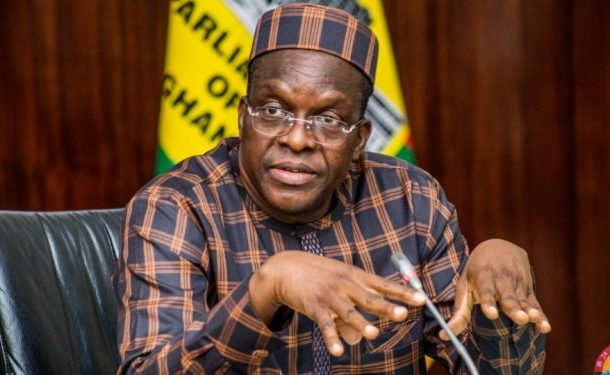 The Speaker of Parliament, Alban Bagbin, has stated that the Police Administration cannot arrest the Member of Parliament (MP) for Madina, Francis-Xavier Sosu after they approved the Madina demonstration.

Addressing the Speaker’s Breakfast Forum in Kumasi on Monday, 15th November, 2021, Mr. Bagbin described the attempts by the Police to arrest the MP as obstruction of his duties as a Legislature.

“This public discourse in recent times about the privileges and immunities of MPs, officers of Parliament, and Parliament itself, is not new. Since I became an MP, it has been coming up from time to time, and even now, a number of these things come to my desk, and we have processed them well. You are all aware a number of MPs are before the court, and they are being prosecuted. So, there is nobody saying, MPs or Parliament are above the law no.

“But this particular instance of the Member of Parliament for Madina, I can put my neck on it. That you have no such powers after he had gone through all the processes with you, and you set the date and as well send your men to the procession. He is addressing them then you send a different contingent to go and arrest him while he is talking to his constituents. That is obstruction and Article 122 is very clear on that, that constitutes contempt. How can that be said to be the speaker preventing an MP from being arrested? We cannot tolerate that,” he stated.

The Speaker of Parliament, Alban Bagbin, has rejected a request from the Police Administration to release the Member of Parliament for Madina Constituency, Francis Xavier Sosu to assist in investigations.

In a statement responding to the Police, the Deputy Director Legal in Parliament, Nana Tawiah Okyir stated that portions of the 1992 Constitution bars the request by Police.

“I am directed by the Rt. Hon. Speaker to inform you that proceedings of the 3rd Meeting of the 1st Session of the 8th Parliament commenced on Tuesday 26th October, 2021 and having regard to the limitations of Article 117 and 118 of the 1992 Constitution of the Republic, he is unable to release the Member of Parliament as requested in your letter,” Deputy Director Legal disclosed.

The Police Administration after several failed attempts to arrest the legislator alleged to have breached the law during a recent demonstration by residents of Oyarifa and its environs filed charges against the MP at the Kaneshie District Court in Accra.

This was because the police received a letter from the Speaker of Parliament indicating that Lawyer Sosu is out of the country on Parliamentary duties.