You can't continue to be irresponsible - Sam George jabs Akufo-Addo 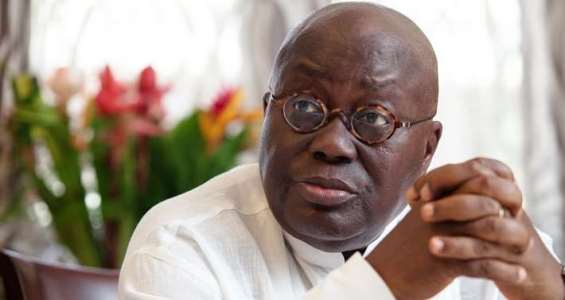 He added that, “If it means pouring out onto the streets, I will personally go out on the streets and let the president know that this country is not his, he’s holding it in trust for the people of Ghana, and he cannot continue to behave in a very irresponsible manner. … He cannot sell our sovereignty and we will make that known to him and if it means that we have to go to the court for a pronouncement on this, we will. We will explore every legal action, every position defiance action that is available to us to let president Akufo-Addo know that Ghana is an independent nation, we will not become the 51st state of the US. We are a sovereign nation, the shining star of Africa, we can’t be made the mistress of Uncle Sam. Ghana is not Uncle Sam’s mistress”,The Minority in parliament, he said, will fight it in every way: “You can’t tell me this makes logical sense to sell your sovereignty. What are we selling our sovereignty for? Nothing. They are going to lay it before parliament this morning. They will hear the Indian belly, ‘gumbe’, more ‘gumbe’ will flow on the floor of the house, because you cannot bring this to us, this is an insult to the people that we represent and I expect every properly minded Ghanaian to stand up and speak against it”.“I expect to see civil society rise up against this. We need to rein our president in. Now some of us are beginning to understand when he went and stood in America and promised to help America fight terrorism. Even Invincible Forces, we cannot control them and now you want to incur the wrath of al Qaeda, al Shaba and Boko Haram on your doorstep? And is our president aware that Ghana has a foreign policy position and that Ghana is part of the non-aligned movement? And being a member of the non-aligned movement means that you are taking no sides and that is why Ghana has always taken position in support of the two-state solution to the Israeli-Palestinian issue. We are not an ally of the US, We are friends of the US, we are friends of East, we are friends of the West, we are no an ally of the West. This basically changes our foreign policy position. Does the president have the power to do that? To take us out of the non-aligned movement? Change our entire foreign policy position? Basically what we’ve become now is the mistress of the US, the side-chick.To him, Ghana will become a “prime target for terror attack” just as has happened to Mali, Niger, Djibouti, Eritrea and Somalia if such an agreement is allowed to pass.