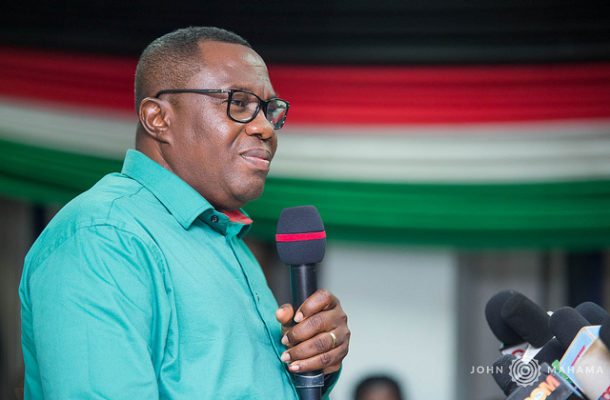 Award-winning freelance investigative journalist Manasseh Azure Awuni has stated that the National Democratic Congress(NDC) has no moral right to criticise the handling of ambulances by the New Patriotic Party(NPP), saying that their handling of ambulances was much worse and their messages on the ambulance controversy could prolong their days in opposition.

Manasseh’s comments are a reaction to NDC’s National Chairman Samuel Ofosu-Ampofo claim that a future NDC government will not park ambulances while people struggle to transport sick or injured people to the hospital in the wake of the recent the Dompoase accident that claimed many lives.

But Manasseh asserted that the National has no moral right to comment on the issue in that manner since the NDC under former President John Dramani Mahama bought ambulances that were unfit for purpose and parked them to waste away.

“Some people don’t have the moral right to comment on some issues. Sir, you’re reminding us of the mess you created with the ambulances your government procured through that shady method and had to abandon those that arrived.

Or do you think because you hid them in Burma Camp, nobody knows about them? I have done a documentary on it and it’s worse than the Akufo-Addo’s ambulances meant for political showmanship. Chairman, messages like this have the tendency of prolonging your days in opposition,” Manasseh reacted on Facebook.

A cross section of Ghanaians have chastised the government for not distributing them to critical areas while it waits to get the rest of the ambulances for the rest of the constituencies. 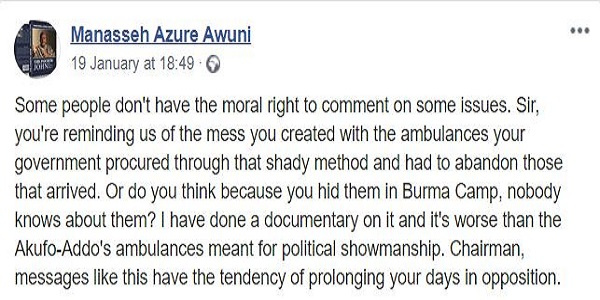