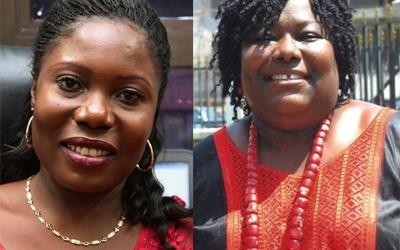 Some party big wigs have mysteriously lost their seat with some raising varied reasons for their defeat.

But much focus after the election has been on the Adentan constituency where the former minister for gender and social protection, Nana Oye Lithur lost to Abu Ramadan.

After the elections, a picture of the former minister has been going round Social media where she appears to be all alone after the declaration of the results unable to fathom how she lost apparently staring into the air.

Rachel Appoh has a word of advice for her former boss after her defeat to Ramadan.

In an interview on Accra based Neat fm, the former Gomoa legislator says that the urge Ramadan had over Oye Lithur was how sociable and approachable he was to all manner of persons.

In a subtle jab at her former boss, Rachel says she must be sociable and respectful if she wants to enter parliament.

“Your level of interaction should be high if you want to go to parliament. If you have a chip on your shoulder or a big ego, it will be difficult to enter parliament.

With this job, you must respect everyone. My former boss had the opportunity to work with two intelligent and beauty queens but she told us we were not intelligent” she said.